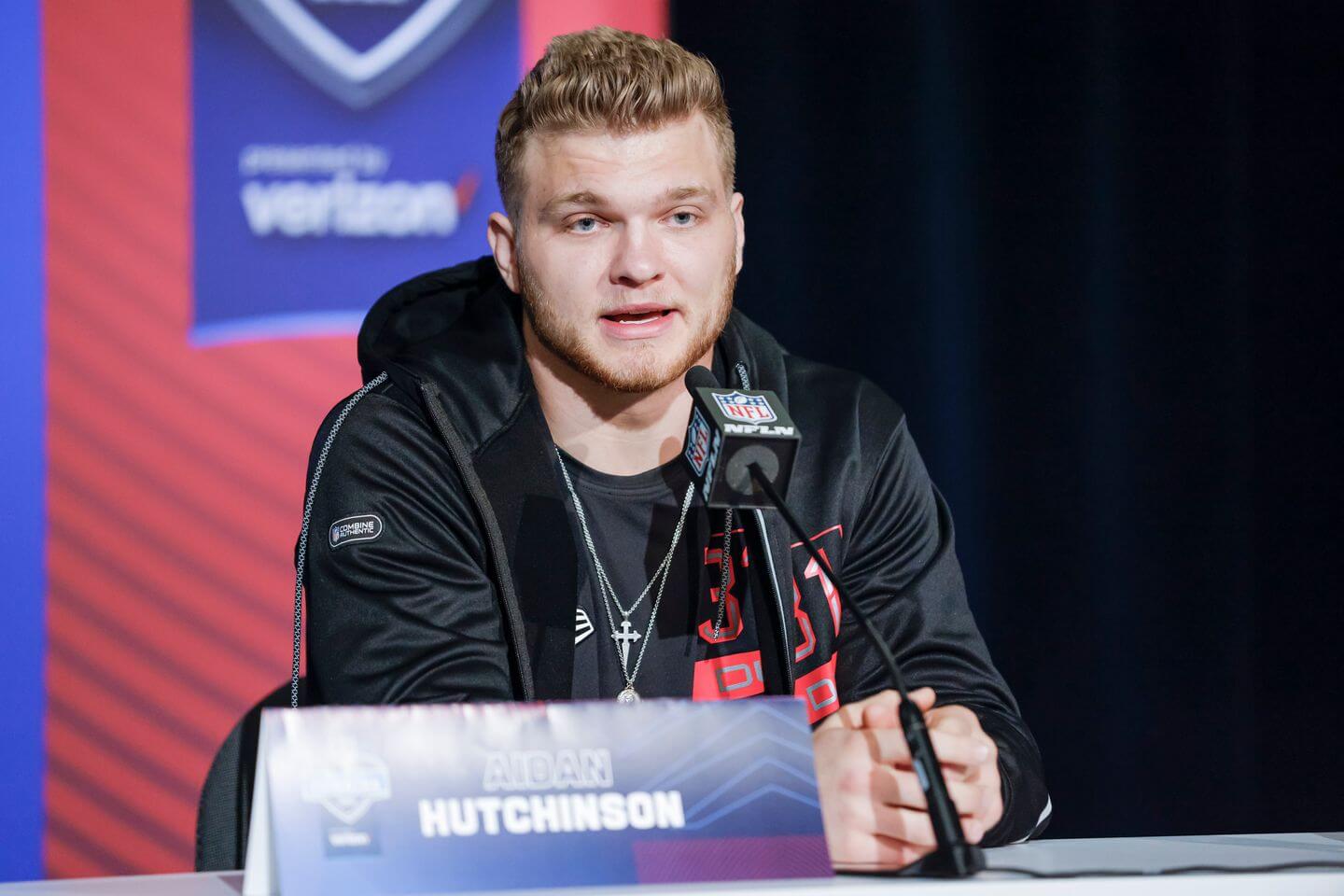 Luke Goedeke was just days away from realizing a dream he had spent 18 years chasing and trying to stop spinning when he heard that voice.

“Why,” thought Goedeke, a 6-foot-5 redshirt freshman sitting in the tight ends room at Central Michigan in 2018, “is Arnold Schwarzenegger here?”

Bernhard Raimann is not Arnold Schwarzenegger. He only looks like her sometimes. Raimann, who is from Austria, spent a gray shirt year at CMU in 2017, meaning he delayed his enrollment by a semester. He was a tight 6-foot-6, 240-pound prospect who caught the eye of former Chippewas assistant Sherrone Moore (now Michigan’s offensive coordinator) in his only season as a wide receiver at tiny Delton Kellogg. High School in Southwest Michigan.

The two new teammates quickly introduced themselves. Goedeke is from eastern Wisconsin – the village of Whitelaw, to be exact. Raimann had almost no point of reference for what Goedeke’s accent sounded like, but he was amused by it all the same. Two peas in a pod – or, more accurately, two giant athletes falling in love with football next to each other at the same time.

Raimann’s transformation from a big, athletic tight end with a chance to a 303-pound left tackle with first-round NFL Draft potential has been a difficult process. He switched to a gray shirt after a six-month military obligation in Austria in 2017. He spent 2018-19 as a tight end, catching 20 passes for 164 yards, before Jim McElwain and staff experimented with him at left tackle at the start of 2020. He got two workouts before COVID-19 shut down the world. When football restarted, Raimann was a 6-foot-6, 290-pound left tackle. He started 18 straight games, finishing last season as a first-team All-MAC player. Raimann ranks 36th in Dane Brugler’s 100 best players for next week’s draft.

Goedeke also came to CMU as a tight end, transferred from Wisconsin-Stevens Point after a 12-catch, 132-yard season. Goedeke had no scholarship offers outside of high school. He walked to Stevens Point and CMU was, quite literally, his first offer. Playing Division I football had been his dream for a long time, so when coaches came to him just weeks after he joined in 2018 and said ‘you go to the offensive line’, he offered no argument. Goedeke started 24 straight games at right tackle for CMU (first team All-MAC in 2021) and went from guy no one knew to No. 76-ranked prospect (third round as a guard) on top Brugler’s 100 list.

The story of how each player got to the draft door is similar and different. But the constant was that each always had the other. Raimann and Goedeke are not just teammates. They are best friends. Bound by the brotherhood of trench development and an endless quest to learn as much as possible about the game they love.

Earlier this month, I sat down with the two linemen to watch a tape — and let them show me why they’re both special.