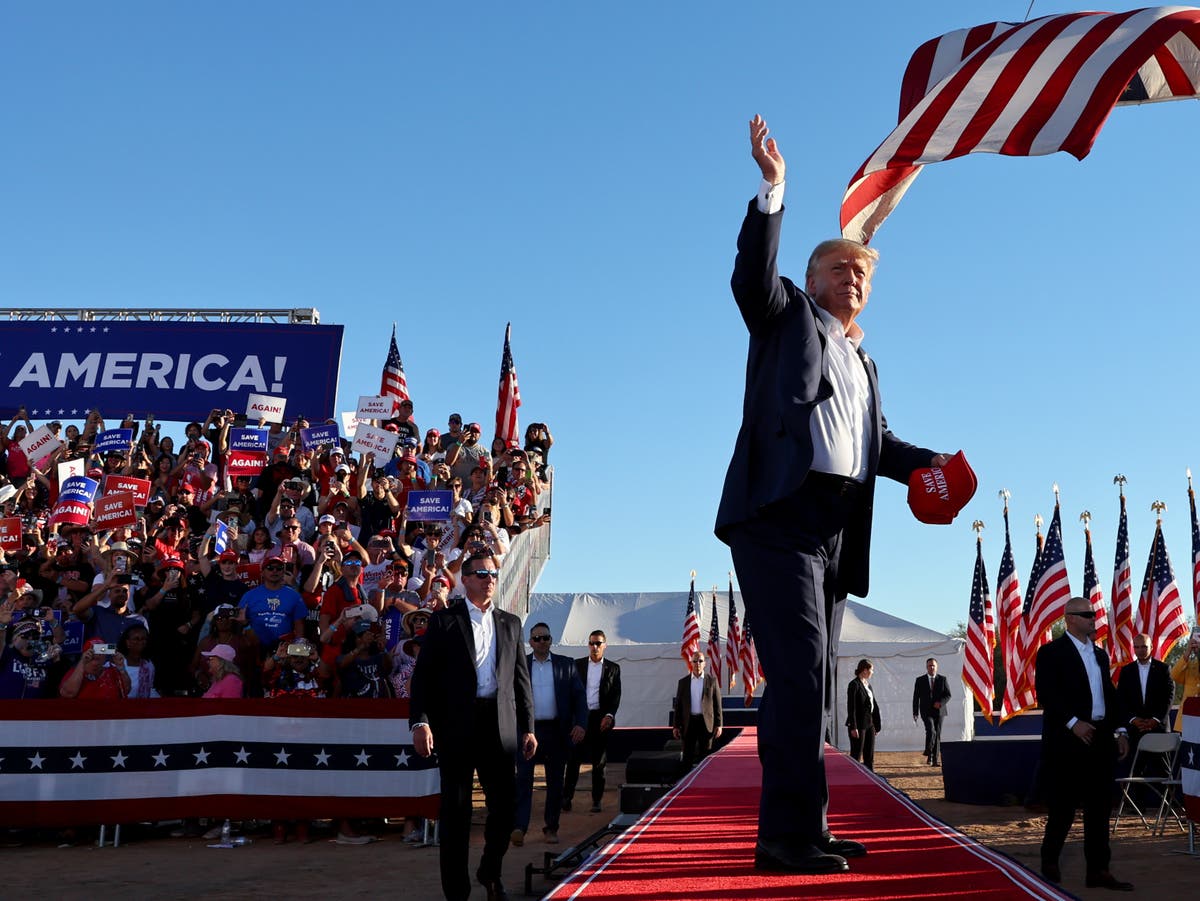 Christina Bobb, the lawyer for Donald Trump who signed a false affidavit telling the Justice Department that the ex-president had turned over all classified documents in his possession, is now cooperating with federal prosecutors according to an NBC News report.

Over the weekend, Mr Trump defended the retention of classified documents at his Florida resort by accusing former President George HW Bush of doing the same, saying the 41st president “brought in millions and millions of documents in an old reconstructed bowling alley with what was then an old and broken Chinese restaurant”.

Mr Trump’s comment drew a strong reaction on Twitter from Bush’s son, Jeb Bush. “I’m so confused,” he said, “My dad enjoyed a good Chinese meal and enjoyed the 7 10 split challenge. What’s wrong with you? »

Meanwhile, House Minority Leader Kevin McCarthy reportedly told police officers injured in the Jan. 6 attack on the Capitol that then-President Trump had no idea a rioting mob of his supporters stormed the building.

Donald Trump and his daughter Ivanka Trump are heard courting leaders of the Christian right ahead of the 2016 election in a newly discovered audio recording.

The tape is featured in the new documentary Battlefield, directed by Cynthia Lowen, which takes a close interest in anti-abortion activists. According to the documentary, the audio was taken during a closed meeting between Trump and leaders of the Christian Right, 40 days before the 2016 election.

Clémence Michallon has the story.

Trump brags about the size of his January 6 crowd

Donald Trump bragged about the size of the crowd that had gathered to hear him speak on Jan. 6 at a campaign rally on Saturday night.

“You know, the biggest crowd I’ve ever seen? January 6. And you never hear that,” the former president said at the rally in Minden, Nevada. “They were there largely to protest against a corrupt, rigged and stolen election.”

Trump brags about the size of his Jan. 6 crowd: ‘Biggest crowd I’ve ever seen’

He wrote on Truth Social: “It was my great honor to have destroyed the ratings of the Late Night ‘Comedy’ shows. There is nothing funny about the shows, the three hosts have very little talent, and when Jimmy Fallon apologized for humanizing “Trump” and his ratings skyrocketed, the radical left forced him to apologize – that was effectively the end of The Tonight Show. anyway, congratulations to Greg Gutfield!

Stephen Lyons writes that the ubiquity of New York Times correspondent Maggie Haberman and her new book on Trump raise questions about the ethics of modern journalism.

The former White House aide whose explosive testimony gave House committee members on Jan. 6 a window into former President Donald Trump’s actions on the day of the Capitol riot is believed to have been cooperating with a criminal investigation based in Georgia on Mr. Trump’s efforts to cancel the 2020 election there.

Andrew Feinberg has the latest.

Donald Trump made history by becoming the first president in US history to be impeached twice by the House of Representatives. But while losing to Joe Biden in November 2020 may have shaken the president’s one-term pride and fueled 18 months of lies about ballot rigging, it now seems all but certain that Mr Trump will run for the White House again. in 2024.

Donald Trump has accused former President George HW Bush of hiding classified documents in a “bowling alley” during a rally in Arizona on Sunday.

Mr Trump claimed that many former presidents had stored millions of pages of documents in warehouses “with damaged main doors”.

The former president said Bush senior “took millions upon millions of documents to a reconstructed former bowling alley with what was then an old, crumbling Chinese restaurant.”

If you are confused, you are not alone.

Maroosha Muzaffar explains what the former president was talking about.

The story behind Trump’s claim that Bush Sr. hid documents in a bowling alley

It’s in a former bowling alley that artifacts from Bush’s life – “an old infielder’s glove, the door to a Kuwaiti palace, even a huge likeness of Bush’s head at a convention Republican” – were collected.

The right-wing TV presenter turned lawyer for former President Donald Trump, who signed a false affidavit telling the Justice Department that the ex-president had turned over all classified documents in his possession, is now cooperating with federal prosecutors as part of the investigation. in Mr. Trump.

According to NBC News, Attorney Christina Bobb met with federal investigators and provided information on two other attorneys who were involved in submitting the statement to the government.

Andrew Feinberg has the latest.

Marjorie Taylor Greene: From the Edge to the Front Row

Once dismissed as a political pariah for her extremist rhetoric, the Georgia congresswoman who spent her first term in the House stripped of her institutional power by Democrats is being celebrated by Republicans and welcomed into the GOP fold. If Republicans win a majority in the House in the November election, Greene is poised to become an influential player shaping the GOP agenda, an influential agitator.

From the fringe to the front row: Congresswoman Greene rises to the GOP

“It’s crazy, this tweet is still relevant days after Kanye became a full fledged anti-Semite. The Republican Party is an active threat to American Jews

Report on the implementation of the RTI law – Sangri Today