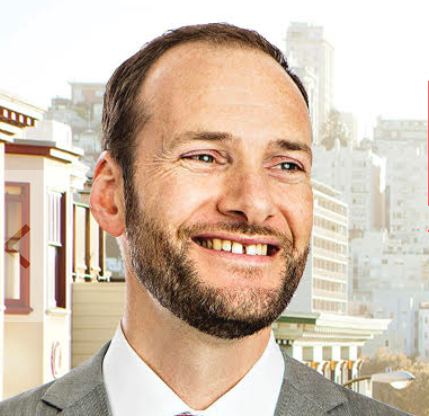 The Washington Post – not the SF media – exposes lies about Boudin

The Washington Post ultimately did what the San Francisco media on the whole failed to do: Explain that much of the media account about District Attorney Chesa Boudin is not only biased but factually false. .

Balko places it in the context of a global backlash against progressive prosecutors, but he goes into specifics.

There is, for example, the story of Harry Mulholland, which frightened some people who tried to hijack the vehicle of a 75-year-old woman. Lim reported that all charges against a 16-year-old arrested at the scene had been dropped – creating a furore on social media that helped fuel the recall campaign against Boudin.

The resulting article from Lim went viral, especially after Right-wing agitator Andy Ngô amplified it on Twitter. The story found an echo among the critics of Boudin and more generally among the critics of the reformist movement of prosecutors. To them, it seemed like a manifestation of everything that was wrong with “restorative justice”.

The problem is, Lim was wrong. The charges against the aggressor were never dropped. In California, like most states, juvenile cases are generally sealed, so state law prevents the prosecutor’s office from discussing the case with the public. But in telephone interviews, the victim and Mulholland told me that they had been informed by Boudin’s office that Lim’s story was inaccurate, that not only was the minor still facing charges, but that she also had a court appointment last week.

Another one critical de Boudin is that his office failed bring enough cases to court Last year. But the pandemic closed courtrooms Across the country, including in San Francisco. More jurisdictions in the United States only saw a fraction of the trials they usually take place every year. Boudin recharge rates for violent and property crimes are similar to those of its predecessor, according to Mission Local. And as Boudin points out, the San Francisco police made arrests in just about 10 percent of break-ins last year. A prosecutor cannot file a complaint if the police do not make arrests.

KGO reporting has always been hostile to Boudin – and often inaccurate.

Here’s an example: a 45-year-old parolee was arrested after a hit and run that killed two people.

In one interview with the New York TimesBoudin said the man’s mental state was questionable, citing an earlier incident where he hit random cars.

But Boudin’s comments about a “tantrum” were not related to the murder at all; they were a description of the man’s condition much earlier today.

Here’s what The Times actually said:

In the hours leading up to the attack, Mr. Watson suffered a series of setbacks. He left his home because of a family dispute and was in a traffic accident in San Francisco at 2 a.m. That morning, a number of security cameras in the area captured Mr. Watson hitting a car with his hand, according to Mr. Boudin, the public prosecutor. “It looks like the accused was having some sort of temper tantrum,” Boudin said.

When a public defender attempted to correct flaws in Chron’s reporting, his comments were removed from the newspaper’s website.

Another example of an inaccurate attack is here.

Here’s the latest, from the SF Chronicle and Suzy Loftus, who lost the race for DA to Boudin:

A man was arrested this week accused of stabbing a 97-year-old Asian woman at the edge of the net. The Chron notes he was awaiting trial on previous burglary charges – but was released from prison.

Loftus reported the story on social media, where she blamed Boudin:

But Boudin is not at fault here. He specifically requested that the suspect be held without bail. A Superior Court judge rejected this request and released the man.

All of these stories become water for the right-wing, Big Tech-funded recall machine. The mainstream media here in town don’t seem to want to take the time to check the facts.

Why does our media assume we are so helpless?