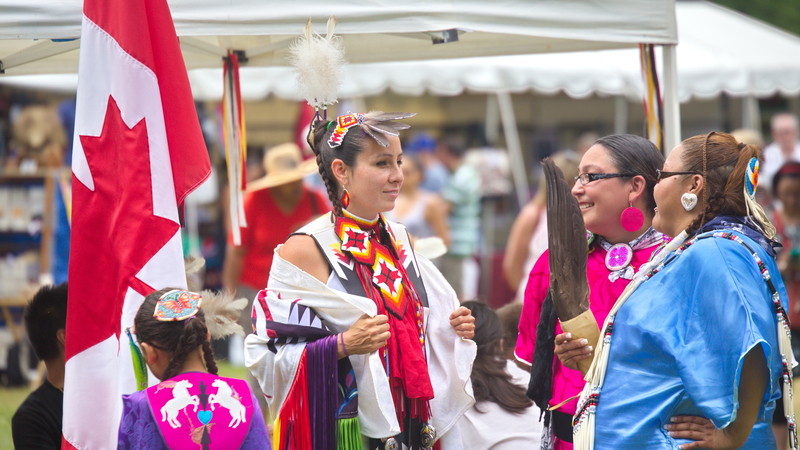 The average age was 33.6 years, compared to 41.8 years for a non-Aboriginal person.

Statistics Canada also found that Aboriginal people were much more likely to live in low-income households.

A Winnipeg mother says she was scarred for life when her first child was taken away at birth by social workers, who told her she was unfit to raise her newborn daughter because she was only 17 at the time.

“I don’t know how we could fully recover from this trauma,” said the woman, now 41, whom The Canadian Press has agreed not to identify due to her family’s involvement in the protective system. from childhood. “Having a baby taken from birth…the bond is broken.”

Statistics Canada has released 2021 census data showing that Indigenous children made up 53.8% of all foster children.

This figure increased slightly from the 2016 census, which found that 52.2% of children in care under the age of 14 were Indigenous. At the time, only about eight percent of children that age in Canada were Aboriginal.

According to Statistics Canada, due to difficulties in collecting census data on First Nations and other Indigenous communities, some caution should be exercised when comparing census years.

Over the past several years, Indigenous leaders and child welfare advocates across the country have made significant efforts to address the myriad of systemic issues that contribute to the overrepresentation of Indigenous children in care. But experts say factors like colonialism, chronic underfunding of child welfare systems, discriminatory practices and poverty remain.

The child welfare system had been part of the Winnipeg mother’s life since before she was born. Some of his siblings were taken from his mother, a residential school survivor, as part of the Sixties Scoop. She was allowed to stay with her mother, but she doesn’t know why.

The pain of seeing her daughter taken away will be repeated when her second and third children become permanent wards of the province. She says she used alcohol to cope with the death of a family member at the time. Her children were living with their father when workers apprehended them due to poverty, she said.

Years later, when the woman’s granddaughter entered the system and became pregnant with her fourth child, she knew she had to break the cycle. She began working with First Nations advocates and parent groups to learn more about the culture that was stripped from her.

“I’ve done so much healing. I learned about our grief and loss and about positive coping skills,” said the woman, who is now caring for her granddaughter and four-year-old son.

“Learning about my culture and traditions really saved me.”

The Winnipeg mother adds that while there have been some improvements in the child welfare system thanks to First Nations authorities and social workers, prevention is still lacking.

Mary Teegee, executive director of Carrier Sekani Family Services in British Columbia, said generations of children have been torn from their parents by the residential school system and the Sixties Scoop, and are being raised without the support of their families. , their culture or their communities.

This has contributed to addictions, mental health issues and trauma, she added.

“It’s not just because aboriginal people can’t take care of their children. It is because of generation after generation of attacks on family, class and national structures.

Cora Morgan, the First Nations family advocate for the Assembly of Manitoba Chiefs, said that without proper investments in prevention and healing, government reforms alone will not be enough to solve the problem.

“Right now we’re in a situation where the government is dictating how things are going to happen,” she said.

“There must be free will from our nations to be able to bring the children home.”

Justin Trudeau’s Liberal government introduced Indigenous Child Welfare legislation in 2019 and it came into force in 2020.

The law is meant to affirm the rights of First Nations, Inuit and Métis to exercise jurisdiction over child and family services with the goal of reducing the number of Indigenous children in care.

Experts say it is too early to tell what effect the legislation will have on reducing the number of Indigenous children in care.

These reports from The Canadian Press were first published on September 21, 2022.