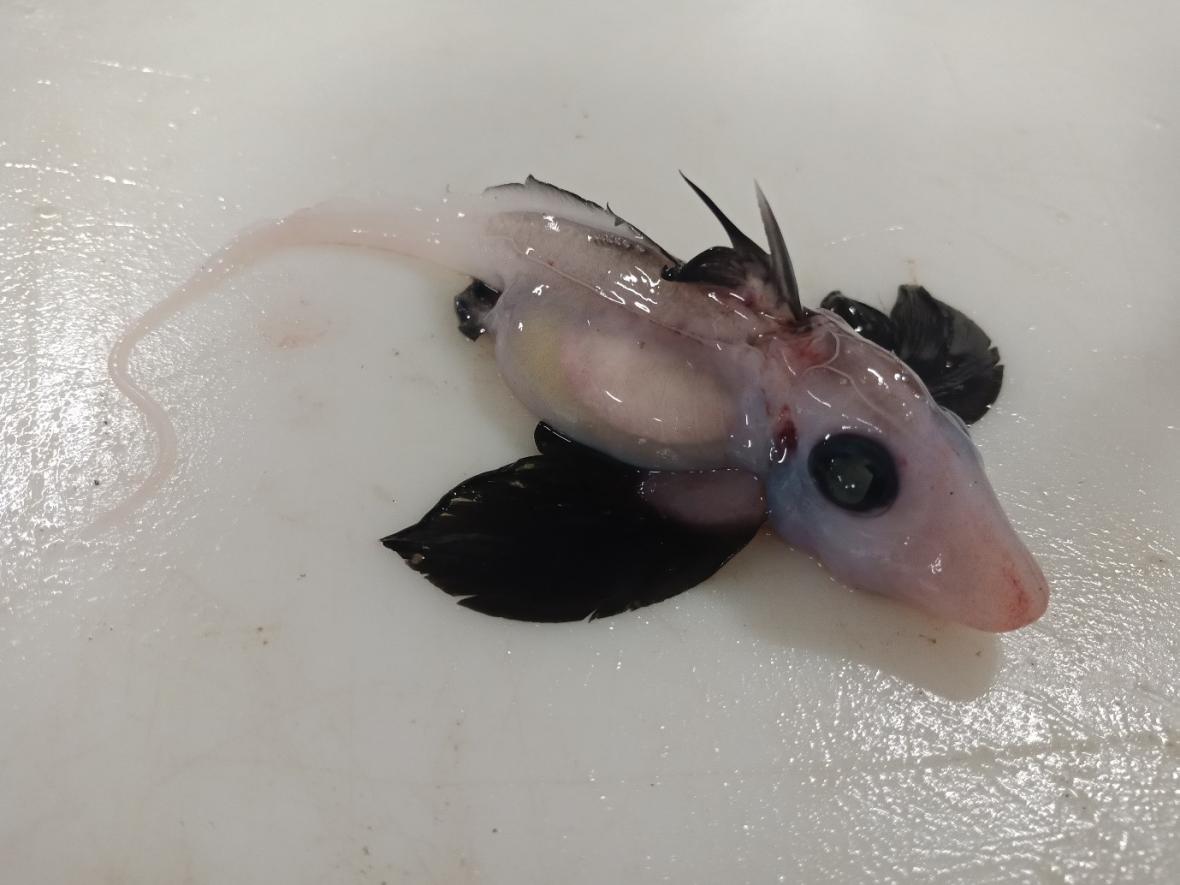 Chimeras, or ghost sharks, have been around for millions of years. However, the elusive the fish, which live at depths of up to 6,000 feet, are largely unknown to science. The lack of crucial information – like how long they live or how often they reproduce – it is difficult to monitor and protect the 52 known species of ghost sharks. Now a rare newborn chimera, discovered off the coast of New Zealand, could help scientists better understand the mysterious deep sea creatures.

“What we know tends to come from the large adults which are usually a meter and a half meter long, so finding one that’s sort of just in the palm from my hand is incredibly rare,” Brit Finucci, a scientist at New Zealand’s National Institute for Water and Atmospheric Research (NIWA), told Reuters.

The juvenile ghost shark was caught accidentally during a recent NIWA trawl survey for estimate the population of a popular local saltwater fish called hoki. When Finucci saw the alien gelatinous creature in the net, she knew they had stumbled on something rare.

“I thought it was cool, other people on the boat, not so much,” she laughs. “I knew straight away it was just something different which we don’t usually encounter, so I grabbed it and took some pictures which now have spread all over the internet.”

According to NIWA researchers, ghost shark embryos are shut in inside egg capsules and deposited on the seabed. Embryos feed on a Egg yolk until it’s time to hatch. “You can tell this ghost shark just hatched because it has a belly full of egg yolk,” Finucci said.

The scientists, who revealed the rare finding on the NIWA website on February 15, 2022, plan to conduct further testing and DNA analysis to determine which species of ghost fish the hatchling belongs to. “From the best-studied species of chimeras, we know that juveniles and adults may have different food and habitat requirements. Juveniles also appear different from adults, having distinctive color patterns. Finding this ghost shark will help us better to understand biology and ecology of this mysterious group of deep-sea fish. Finucci said.

Also known as ratfish, ghost fish, or rabbitfish, chimeras aren’t actually sharks. However, they are closely Related to sharks and rays – all are fish with skeletons made of cartilage instead of bone.