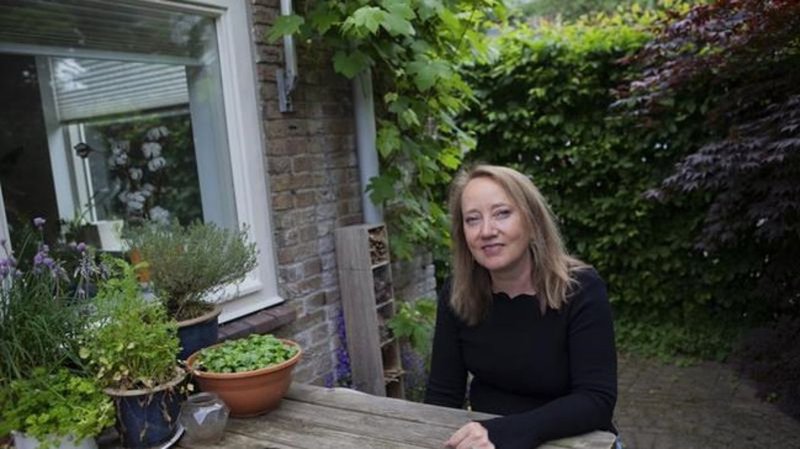 While in this position, he encountered police officers seeking information on crime in the Surinamese community. Officers encouraged him to join the force himself, which he did, eventually spending 26 years in service.

But Conrad, who is black, recalled how during his freshman year at the police academy, colleagues hung a picture of him with cell bars drawn on it. The caption read: “Our monkey in a cage.”

The police chiefs received a first screening of the film and promised to take action.

“Personal stories painfully show how big the impact (of racism) is and how long it will last,” police chief Henk van Essen said in a statement. “We all have something to do; not just managers, but all 65,000 colleagues. Because safety on the outside starts with safety on the inside.

“There is no place for racism and discrimination in our police,” Justice Minister Dilan Yesilgöz told Dutch talk show “RTL Boulevard”.

The Dutch parliament voted overwhelmingly this week to place police leaders under stricter scrutiny, citing the suicides in recent years of three officers who had complained of discrimination.

Last year, a Dutch newspaper published police group chat messages that showed officers making racial slurs and joking about killing non-white people. “One less Turk,” wrote an officer, in response to the murder of a 16-year-old girl who was shot and killed by her ex-boyfriend in her high school’s bicycle garage.

As in other countries, problems in the Netherlands have a long history. A 1998 Home Office report said discrimination drives away police officers of “migration” background – defined as having at least one foreign-born parent.

While 24% of the Dutch population meets this definition, only 14% of the police forces meet it. The national police force employs some 65,000 people and about 40,000 work as officers.

Margot Snijders has spent 30 years with the national force, including a number of years working on diversity and inclusion efforts. After years of frustration, she stepped back from that role.

“People don’t trust us and they don’t want to work for us,” Snijders, who also appears on “The Blue Family,” told The Associated Press.

The death of George Floyd in the United States two years ago sparked protests against racial injustice in the Netherlands and around the world. Controle Alt Delete, an advocacy organization that lobbies for better law enforcement practices, wanted to highlight the problems within the Dutch police.

The group enlisted filmmakers Maria Mok and Meral Uslu to direct and produce the documentary, which was supported by Dutch public broadcaster KRO-NCRV.

Issues of racism, as well as discrimination against women and members of the LGBTQ community, are widespread and systemic within police ranks, said Jan Struijs, president of the country’s largest police union.

Struijs also participated in the film. “I hope this is a historic turning point,” he told the AP.

The first article of the country’s constitution, which is posted on posters in every police station, prohibits discrimination against any group. The Dutch consider themselves to be one of the most open-minded and tolerant people in the world.

There was no significant criticism of “The Blue Family”, with those involved in the documentary praising the response.

“I’ve been saying the same things for years, only now are they getting a positive reaction,” Snijders said.

The Dutch police union is calling for better mental health advice for officers and greater accountability for those who make racist jokes.

Conrad sees a widespread need for change, both in politics and leadership.

In the meantime, he has banned his 20-year-old son from joining the force.

“I don’t want him to go through this,” he said.