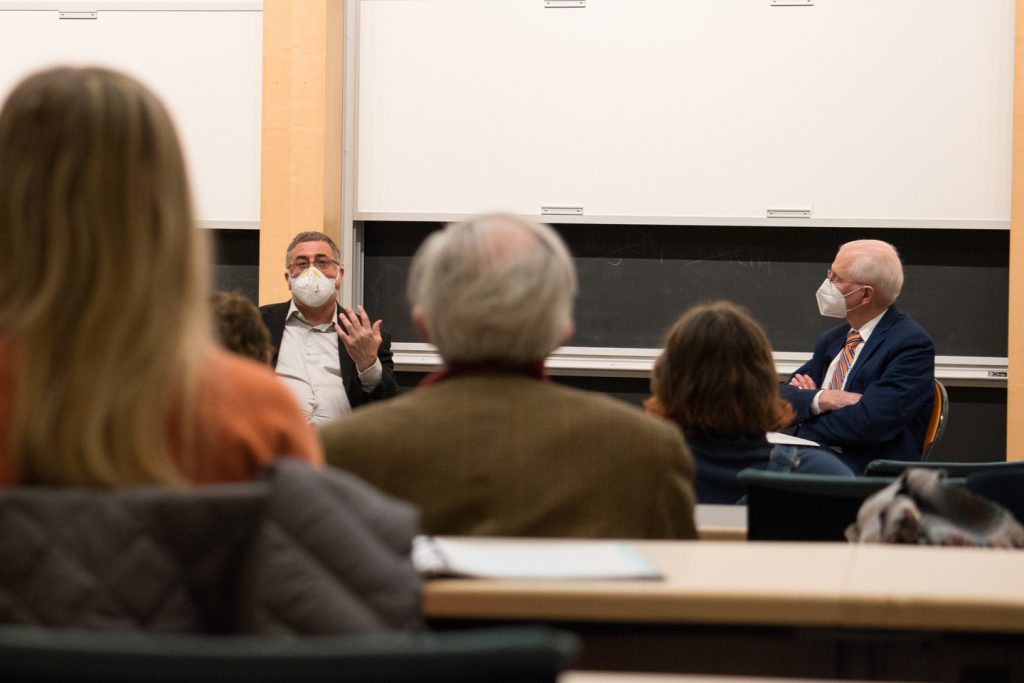 Gellman, a writer at The Atlantic, is a 2022 SUNY New Paltz Visiting Professor at Ottaway and is teaching a course this spring semester called “The Literature of Fact,” which focuses on writing narrative-style magazine articles. He also taught classes and hosted a series of lectures at Princeton University.

Gellman is also the author of several books, including “Dark Mirror: Edward Snowden and the American Surveillance State” and the best-selling “Angler: The Cheney Vice-Presidency.”

More recently, Gellman has become one of the nation’s leading voices covering the January 6, 2021 attacks on the U.S. Capitol and related threats to the nation’s political order.

The call will be hosted live on the SUNY New Paltz campus in Room 100 of the Conference Center and will also be streamed live. The event is free and open to the public. Q&As and book signings will follow the talk. Anyone interested in viewing the live stream can join via the WebEx link below:

The James H. Ottaway Sr. Visiting Professorship is named for the founder of Ottaway Newspapers Inc., who was a leader of the American Press Institute and a longtime supporter of high-quality journalism in the River Valley. Hudson and around the world. The Ottaway Visiting Professorship at SUNY New Paltz was established in 2000 through the generosity of James H. Ottaway Jr. ’18 (HON) and Mary Ottaway ’70 (Elementary Teaching).