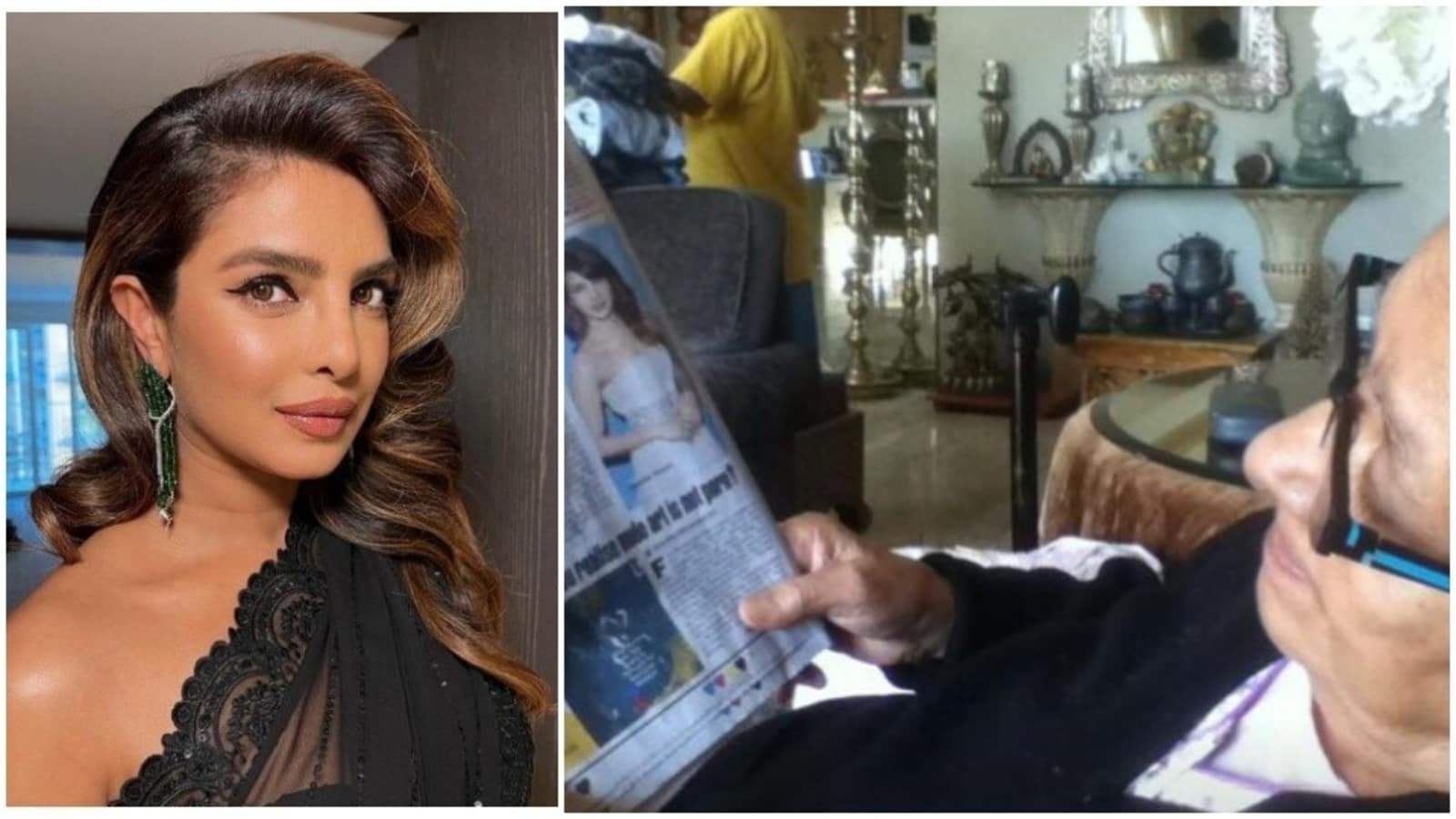 Priyanka Chopra has shared a heartwarming photo of her late grandmother as she wished her on her birthday. Priyanka’s maternal grandmother, Madhu Jyotsna Akhouri, died in June 2016. The actress, who often shares photos and stories about her grandmother, shared another glimpse of their bond. Read also | Nick Jonas says he ‘sings old classics’ for Malti, Priyanka Chopra ‘plays her songs on iPod or whatever’

Priyanka took to Instagram Stories on Saturday, May 8, to share a photo showing her grandmother reading a newspaper featuring an article about the actor. Priyanka captioned it, “Happy birthday nani. I always miss you,” adding a red heart emoji.

Priyanka had already said at the time of her grandmother’s death that she believed she would always be there with her. The actor said in a statement: “It is with great sadness that we announce the passing of Ms Madhu Jyotsna Akhouri, our beloved mother and grandmother, freedom fighter, social activist, MLA, among others. .She was an amazing woman who lived a full life filled with purpose and love…The ones we love don’t walk away, they walk by our side every day.”

Priyanka recently shared childhood photos with her grandmother and mother Madhu Chopra and how her “nani” helped her mother raise her. One of the photos showed Priyanka feeding her grandmother. She captioned the post, “All 6, celebrating my Nani’s (maternal grandmother’s) birthday. She helped raise me while my mom and dad balanced medical school and careers. She was a part extremely consistent with my upbringing. I feel so lucky to have had so many strong mother figures in my life.”

Priyanka welcomed a daughter, Malti Marie Chopra Jonas, with husband Nick Jonas earlier this year. She was last seen onscreen in The Matrix Resurrections. She will next be seen in the Hollywood romantic comedy It’s All Coming Back to Me and the Amazon Prime Video web series Citadel. We will also see her in Jee Le Zaraa by Farhan Akhtar, alongside Katrina Kaif and Alia Bhatt.

Successfully subscribed to the newsletter

Thank you for subscribing to our Daily news capsule newsletter.