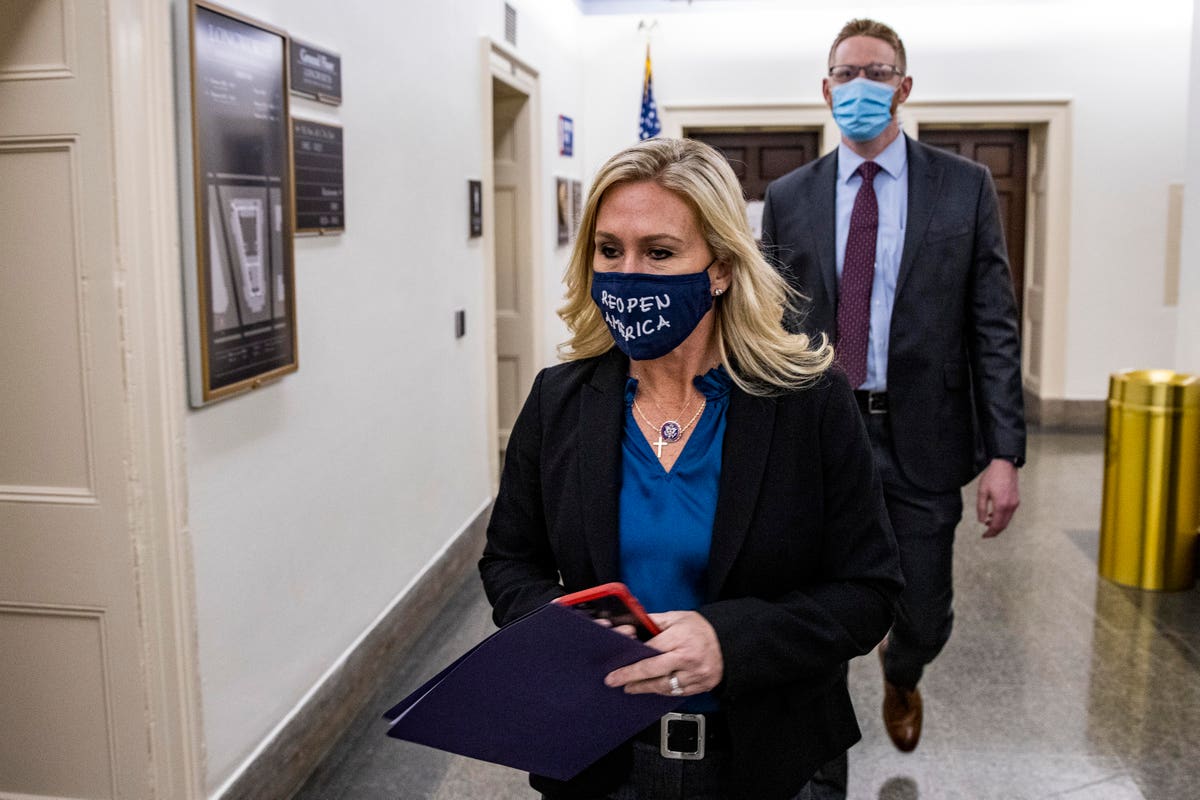 Representative Marjorie Taylor Greene told Congress on Thursday that she turned away from media sources like CNN and Fox News Channel because she believed they couldn’t be trusted. “I realized that just by watching CNN or Fox News, I might not be able to find the truth.” Deciding there had to be a more reliable place to hear from him, Greene said, “I started searching the internet for things, asking questions like most people do every day, using Google. “

Greene said web research led her to the QAnon conspiracy theory. “I was allowed to believe things that were not true,” she said. “And that’s absolutely what I regret.” Greene’s comments came as she urged members of Congress to vote against a move to strip her of her committee duties over things she had said and shared, including calls for the murder of Main Democrats and his belief that the shootings had been “staged”.

Green said she believed the media were “just as guilty as QAnon for presenting the truth and lies to divide us.”

In an astonishing moment that captured how far Greene was from the mainstream, she made it clear that although she said there was no evidence that a plane crashed into the Pentagon on September 11, 2001 , “September 11th absolutely happened … don’t believe it’s wrong.”

Green said of his past statements “these were words from the past and these things do not represent me.”

On CNN, Brianna Keilar responded to Greene’s efforts to equate the news media with QAnon, stating that “when a member of Congress has to stand up on the House floor to say that shootings in schools and September 11 attacks took place, that they were real, it is not the fault of the media.