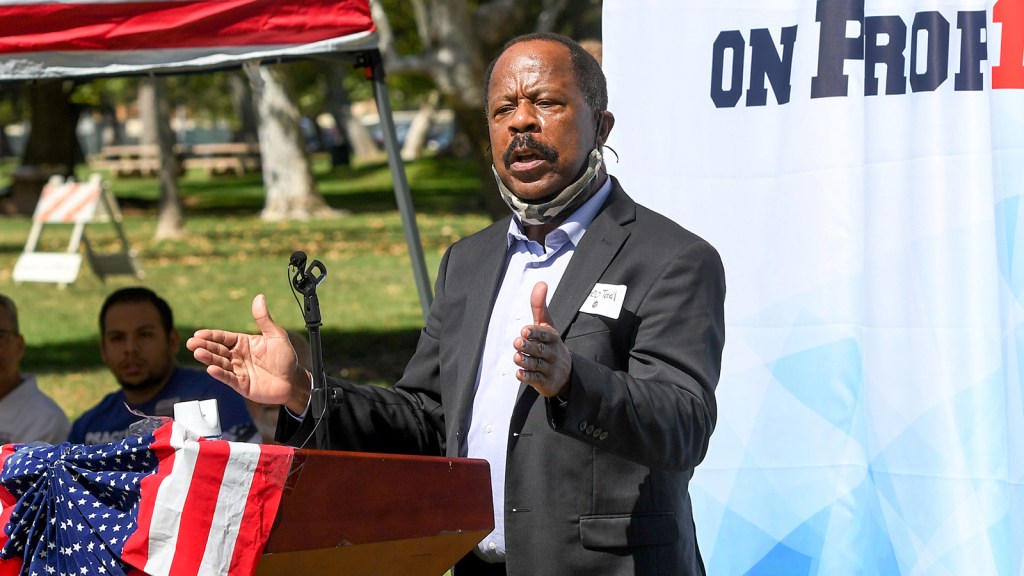 Civil rights lawyer and longtime KABC (790 AM) contributor and host Leo Terrell has been cast in a new role on Fox News Media, available on various cable TV channels as well as satellite subscription radio SiriusXM.

Terrell will act as an analyst and commentator on various Fox channels and platforms, including Fox News Channel and Fox Business Network. He will also continue his appearances on KABC radio — often heard on the John Phillips Show from noon to 3 p.m. — and his show “Leo Terrell, America’s Fair Minded Civil Rights Attorney” heard on the Cumulus/KABC podcast network, available on KABC .com.

Side note: Phillips’ show must be listened to at my house due to its 1 p.m. doctor hour. But I digress. …

Terrell has been a practicing attorney since 1990 and has held leadership positions in organizations including the Black-Korean Alliance, the Equal Employment Opportunity Commission and the California Statewide Commission Against Hate Crimes.

For many years on various radio and television shows, Terrell was the liberal commentator often taking the opposite side to conservative Larry Elder. Something happened over the past few years, and in the last presidential campaign, Terrell changed his stance and supported President Trump’s re-election. Calling himself Leo 2.0, he raised more than a few eyebrows. I asked Terrell if that made a difference to how his friends and associates viewed him and how he reacted to Trump’s various criticisms.

“I’ve definitely lost a few friends because of the change in my support for President Donald Trump,” he told me. “Most of them are people who seem to have lost my phone number. A few friends on the golf course will say a word or two or ignore me. My feeling is that if it’s so easy to lose a friend, he wasn’t really a friend.

“I respond to the absurdity of President Trump being a so-called ‘racist’ or ‘homophobe’ by asking them to find the exact quote. The media seems to like to take parts of President Trump’s statements and adapt them to their narrative. The truth is quite different. Before Covid-19, President Trump brought us the greatest economy in our history. It has benefited minority communities more than any legislation from past presidents. People may not like be not President Trump’s tweets — or his personality — but his policies have made America great again.

Does he see any issues with perceived or actual censorship of news or social media? How should someone react if they feel their point of view is held? “It’s very simple – you have to tell the truth and call out the opposition on their lies and talking points,” he said. “You can never argue with the truth. Ask the media what exactly they are afraid of. Put the pressure back on them to tell the truth and not just sell the story they’re paid to tell.

Thoughts as he goes? “My experience since the Democratic Party left me and I joined President Trump has been wonderful. I’ve been embraced by a wide range of people from across the country and from all different walks of life. People say that I smile and laugh more on TV and it’s true. I feel so much lighter since I quit drinking Democratic Kool-Aid. I’m proud to be a Trump Republican.

“I enjoyed your article about the many wonderful voices I grew up with on the radio. However, there was one missing that all my high school friends and I listened to at night until the wee hours while we played cards and drank beer. It was early 70’s and we were in love with “The Burner” Mary Turner on KMET. She played great music and all the long version of the songs. Can you please please tell me what has become of her?” —Larry Hatfield

What a good question!

Turner was among radio’s first female DJs when she came to KMET in 1972. She stayed with the station for an entire decade, then reappeared on KLSX (now KAMP, 97.1 FM) in 1993. Don Barrett, of LARadio.Com, explains:

“The Burner, Mary Turner, arrived at KMET in June 1972 and left on the eve of her 10th year with the ‘Mighty Met.’ Mary thought back to her early days on radio: “It was an exciting time back then, because you didn’t operate by any rules. You could play whatever you wanted, say whatever you wanted and whoever you wanted. FM at that time was a joke, especially to the Top 40 people. We were the hippies and they were the stars.

“On being a successful woman: ‘I think being a woman helped more than anything. The time was right for this, and I happened to be in the right place at the right time.

Turner married Westwood One founder and president Norm Pattiz in the early 1980s. Mary Turner Pattiz is currently president of the Betty Ford Center at Eisenhower Hospital in Rancho Mirage.