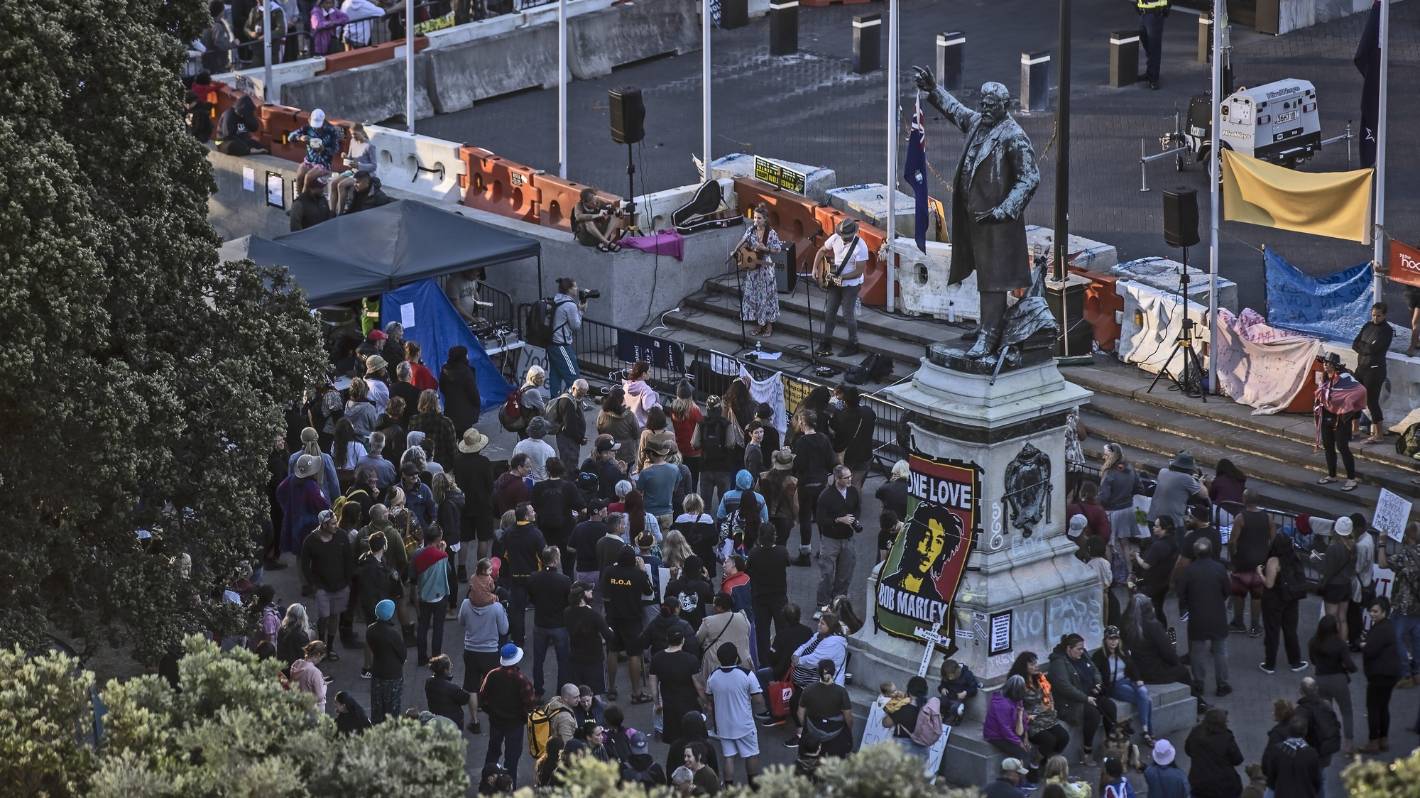 An academic specializing in the study of social movements and grassroots protests says the media’s ‘reality TV’ coverage of the protest against Parliament is fueling its longevity.

But a prominent media commentator defended live, in-depth coverage saying it is of enduring public interest, and that a reduction in it would allow misinformation to thrive.

Associate Professor Marcelle Dawson, head of the sociology program at the University of Otago, says the potential for violence at the anti-mandate and anti-vaccine protest is growing day by day, and averting the eyes of the nation could reduce the risk.

“If the media hadn’t treated this protest as a form of reality TV, I think it would have died down a few days ago,” Dawson said.

“The protesters were energized by the attention. They’re basically having a festival that gives them one of the things they’ve been barred from since the mandates came into effect.

Dawson said the ever-growing resources of protesters – food, clothing, straw and money earned through crowdfunding – were largely a consequence of the attention they have garnered over the past week.

“I may be wrong about this, but starving these people of mainstream media attention might deflate them,” Dawson said.

“They’ll still have a voice on social media, but without the eyes of the whole nation…I think they’ll get bored and pissed off at each other.”

But media commentator Gavin Ellis said the New Zealand media had a duty to keep the public informed of events that challenge – legitimately or not – the rule of law.

“Parliament is the seat of our democracy and what happens in its precincts is a matter of enduring public interest.”

Clippings for reasons other than public safety — such as during a kidnapping or hostage situation — were a slippery slope, Ellis said, and would be ineffective and counterproductive.

“It would not preclude ‘coverage’ by alternative sources such as Counterspin and social media. Worse, a mainstream media blackout would allow misinformation to spread.

Problems in the protest camp?

Dawson said she understood why police had acted with “extreme caution” with the protesters, who were not delivering the progressive social change that New Zealand would welcome.

“This is not just a group of peaceful protesters. There are children in the mix, so I imagine the police won’t want to up the ante by taking a more decisive stance lest the more fringe elements respond irrationally.

“Most groups of protesters are diverse in terms of demographics, but the ideological contradictions that are apparent here have made it difficult, I think, to go through the normal procedures that are part of policing the protests.”

Dawson said there was a real risk that protesters would turn on each other and growing frustrations among Wellingtonians unable to go about their normal business could “add fuel to the fire”.

Marching through the demonstration on the grounds of Parliament on Tuesday evening. The occupation took on the appearance of a festival.

She said the protesters had no common goal that could keep them together for long because what they wanted was a return to “normal life” rather than social change.

“There are major flaws in their rationalizations. I don’t think they fully understand that the pandemic has changed the world as we know it.

“I think they could still claim freedom once the warrants are dropped, because the daily life and the ways of being that they are used to will be different – warrant or no warrant.”

Lite On Technology: To clarify the February 15 press article

Moscow’s expansionism destroys the unity of the Orthodox Church