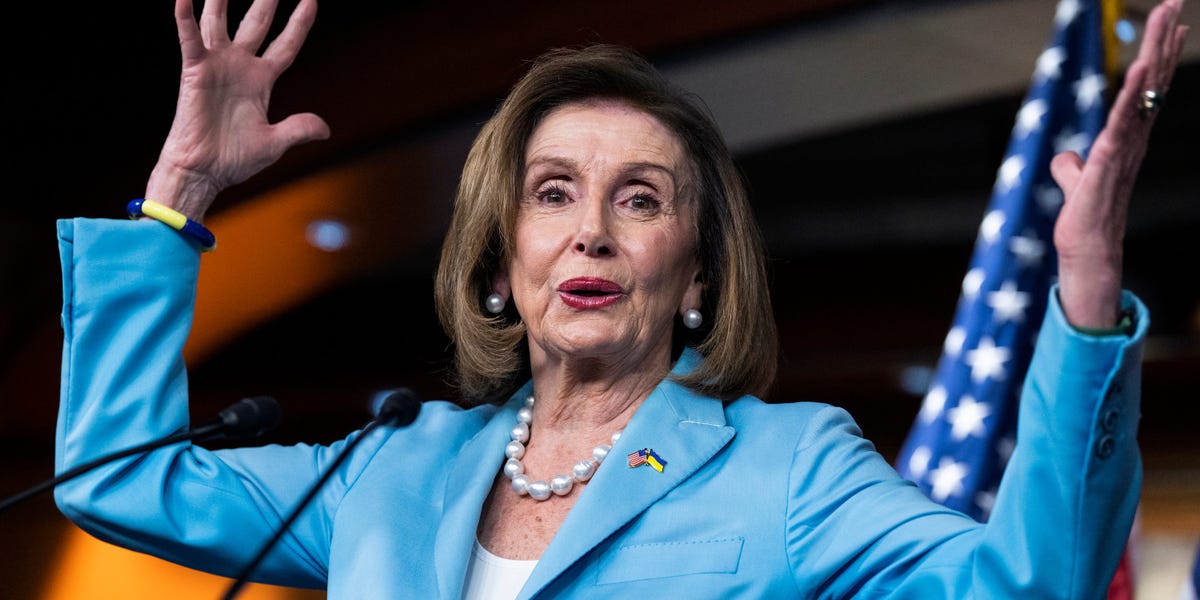 U.S. stocks fell on Tuesday as investors gauge rising tensions between the U.S. and China ahead of House Speaker Nancy Pelosi’s trip to Taiwan.

As part of a wider trip to Asia, Pelosi is due to land in Taiwan later this morning, and the expected arrival of the US number three has angered China considerably in recent days.

China claims Taiwan as part of its territory and has declared that it “don’t sit idly by” if such a high-ranking American politician visits the island. China has been seeking “reunification” with Taiwan for decades.

Taiwan is a key maker of semiconductor chips that power everything from phones to cars, and its untenable relationship with China is one of the reasons Congress passed the CHIPS law last month, a package of 280 billion dollars that encourages the relocation of semiconductor manufacturing to America.

Here’s where the U.S. indices were shortly after the 9:30 a.m. ET open on Tuesday:

Russia’s Nord Stream 1 pipeline continues to see a flow of natural gas to Europe as the country says it is essentially powerless to carry out necessary repairs to the pipeline’s turbines.