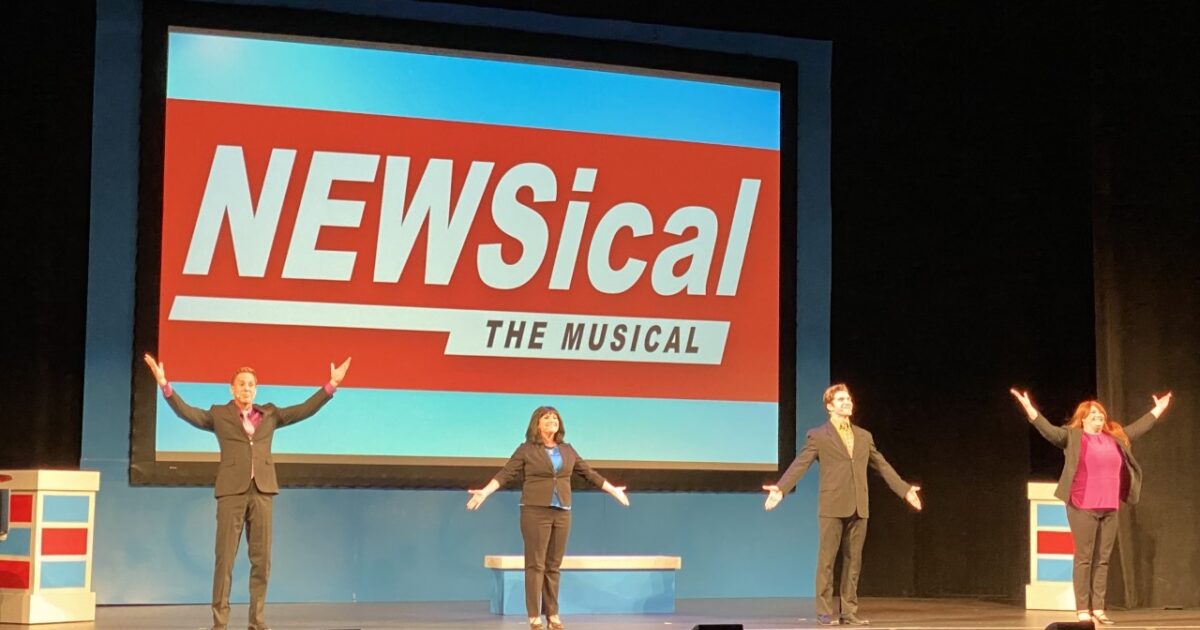 Read on for some recent theater titles you might have missed in today’s news.

Filmed version of NEWSical The Musical Will be released for the benefit of the Actors Fund
A performance on September 26 of NEWSical The Musical, filmed at the Lied Center for Performing Arts in Lincoln, Nebraska, will air beginning October 26 at 8:15 p.m. ET and will be available until November 2. A portion of the proceeds will go to The Actors Fund and the Lied Center. Produced by Tom and Michael D’Angora and created and written by Rick Crom under the direction of Mark Waldrop, the topical sketch musical stars original actor Michael West as well as NEWSical former students Taylor Crousore, Amy Hillner Larsen and Carly Sakolove. Ed Goldschneider, the show’s original musical director, returned for the social distance shoot with Brent Michael Jones serving as production manager. Click on here for ticket information.

Musicians launch initiative to develop BIPOC pipeline
A group of musicians has launched a new initiative to help BIPOC artists find work in theatre. MUSE will host an online directory, provide music assistant scholarships, and create opportunities for mentorship, education, and outreach. “The desire to participate in the creation of MUSE grew out of seeing first-hand the under-representation of black and brown musical artists and resources on the creative and departmental side of musical theater projects,” said co-chair Kenny Seymour. To learn more about MUSE, Click here.

The Poltergeist Will have its world premiere at the Southwark Playhouse in London
London’s Southwark Playhouse will present the world premiere of Philip Ridley The Poltergeist for three performances on November 20 and 21. Directed by Wiebke Green, the show stars Joseph Potter, who made his stage debut in Paul Miller’s production of candidiasis at l’Oranger in 2019, as Sasha. Ridley’s darkly comedic new play is about art, family, memory and being haunted by the life we ​​never lived. In addition to having a socially distanced audience of 110 seats, the show will be simulcast live around the world with unlimited tickets available. Click on here for more information.

In the News: NEWSical streams the musical fund for the benefit of actors, musicians launch initiative to develop BIPOC pipeline