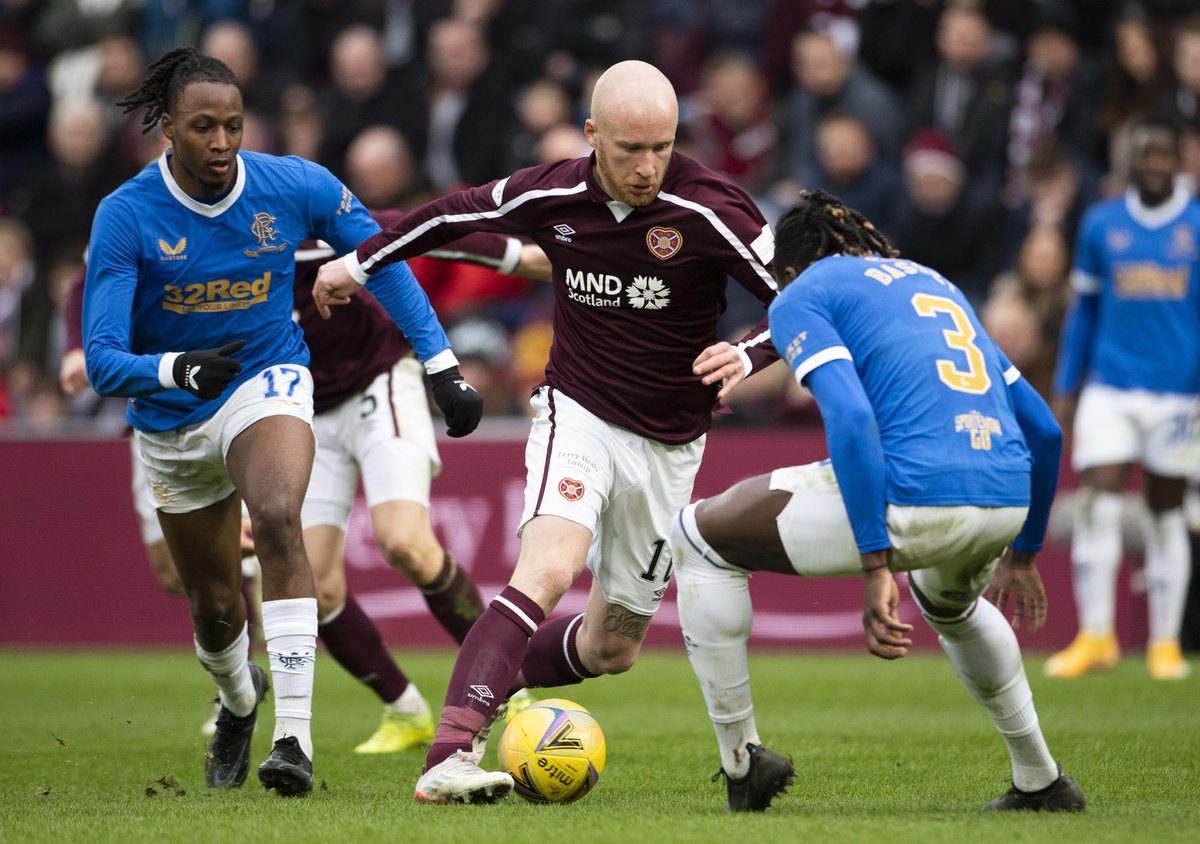 Register to our Hearts newsletter

Liam Boyce in action against Rangers in December when the Ibrox side won 2-0 at Tynecastle. Image: SNS

Hearts boss Robbie Neilson has revealed that all first-team players are in contention to play the Ibrox side apart from Beni Baningime, who will be out until the end of the season. year due to a knee injury. Craig Halkett has not played since the semi-final win over Hibs, while John Souttar’s absence is even longer, having not played since the 2-2 draw with Dundee United in early March.

Rangers are hoping to bring Kemar Roofe back for the Europa League final, but Saturday’s game is almost certain to come too soon for the striker.

Hearts were beaten 5-0 by Giovanni van Bronckhorst’s men in early February. The other two fixtures this season were a 2-0 win for Rangers at Tynecastle and a 1-1 draw at Ibrox earlier in the campaign.

Kevin Clancy will take charge of his first Hearts game since the 1-0 win over Livingston in early December, where he showed head coach Robbie Neilson a booking for dissent.

“It’s a big game. Whenever the Old Firm come to Tynecastle it’s usually a full house. It is important not only from a physical point of view but also psychologically that the boys are ready and have minutes under their belt. We had a few guys against Motherwell and you could probably see the rust. We are treating this as a normal game. 20,000 fans paid their hard-earned cash to see the team play. It’s the last game of the season at Tynecastle in what has been a good season – we want to come out on a high. We are ready and looking forward to it. How Rangers approach him is entirely up to Rangers, so we’ll wait and see.

Thank you for reading this article. If you haven’t already, consider supporting our sports coverage with a digital sports subscription.