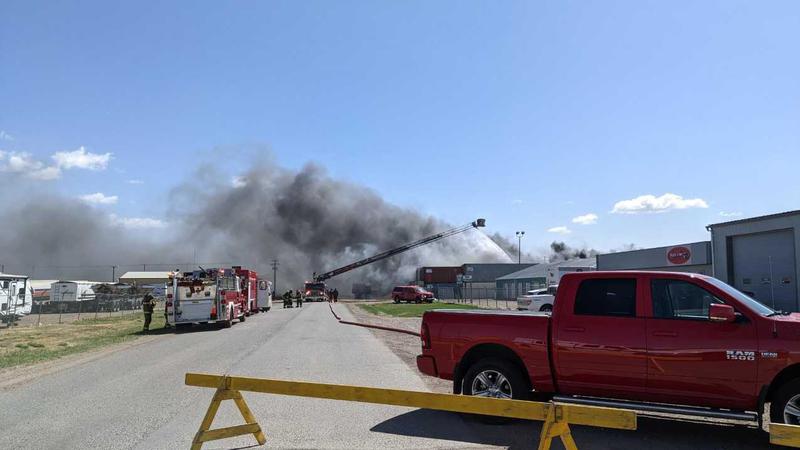 Taber Fire Chief Steve Munshaw said the investigation into the cause of the blaze is ongoing.

“The fire is still under investigation. This fire is at a recycling plant that recycles products from mattresses to commercial televisions,” Munshaw said. “It does not look like malicious inaction or malicious intent.”

Chief Munshaw noted that because the facility was surrounded by shipping containers and concrete barriers, it was difficult to access the fire itself.

“Limited access to the storage enclosure made it very difficult for the recycling depot to work,” says Munshaw.

Some of the fire access issues were facilitated by a quick-thinking equipment operator at a nearby business.

“The owner of the business himself was helping out with the heavy equipment he had on site,” Munshaw said. “He was able to help us by opening these walls [concrete blocks]. The barricade was quite difficult to cross, but we were able to work together.

Munshaw said there were other factors that also made it difficult to fight this fire.

“The wind had an influence on this fire, as we were hitting winds of 50 and 60 kilometers per hour. However, we were able, and [are] still able to access it from an elevated stream which helped us a lot on this fire.

In order to ensure the blaze remained under control despite the high winds, Chief Munshaw says his department called another station to lend a hand.

“We called in the help of the general manager of Taber Regional. They provided a fire engine and crew. It’s great support and a great working partnership.

Chief Munshaw expects the investigation into how the fire spread over the weekend.