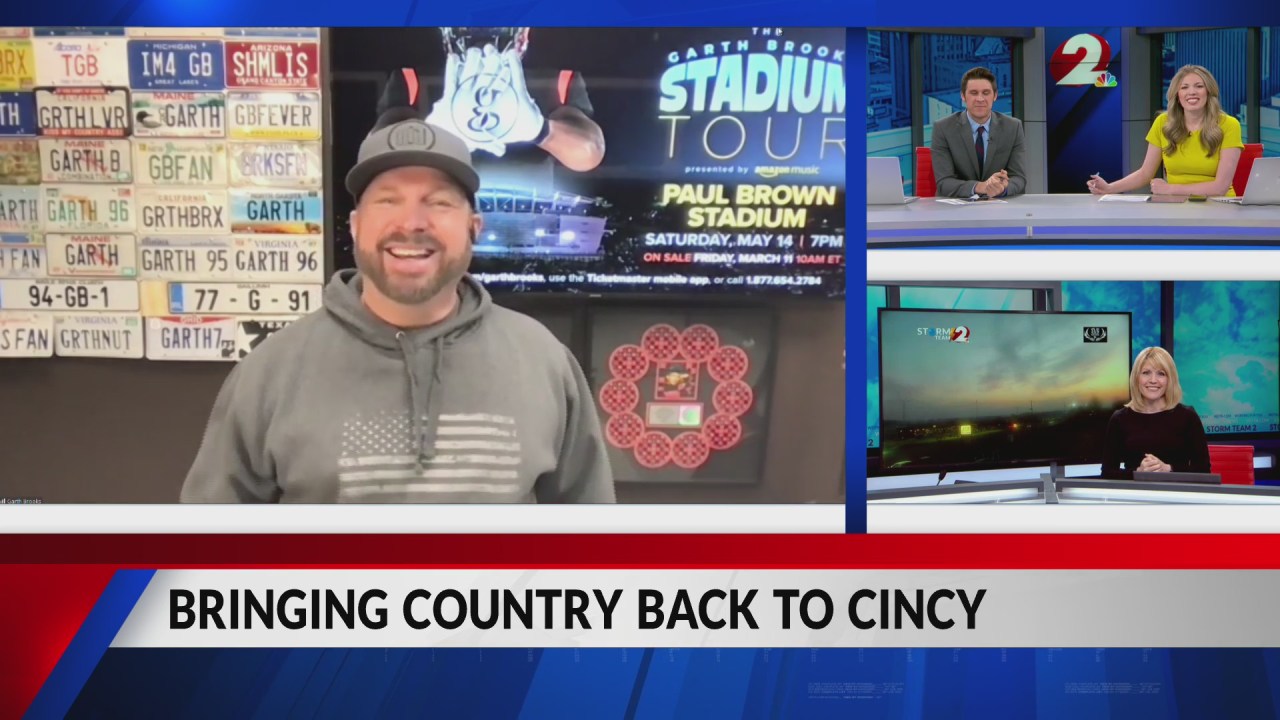 Brooks will play at Paul Brown Stadium in May

CINCINNATI, Ohio (WDTN) — Garth Brooks is bringing country back to Cincinnati. As part of his stadium tour, the country superstar will play at Paul Brown Stadium on Saturday, May 14. It will be his first time at the Bengals’ home and his first concert in Cincinnati in five years.

We spoke with Garth Brooks on 2 News Today and he tells us that Cincinnati has a special place in his heart.

“(Ohio) is still the number one fan club,” he said, “even in Texas or Oklahoma, where I’m from.”

Garth says fans can expect a fun show with lots of energy as he brings the first sold-out concert to the stadium since the pandemic began.

Click on the video above to learn more about how he spent his time during the pandemic and how he continues to spread joy through his music after more than thirty years.

And there’s still time to enter to win free tickets with Living Dayton’s word of the day.

Thursday, March 10 is the last day to watch Living Dayton and listen to the “Word of the Day” for a chance to win 2 tickets to the Garth Brooks concert in Cincinnati. Click here to enter.