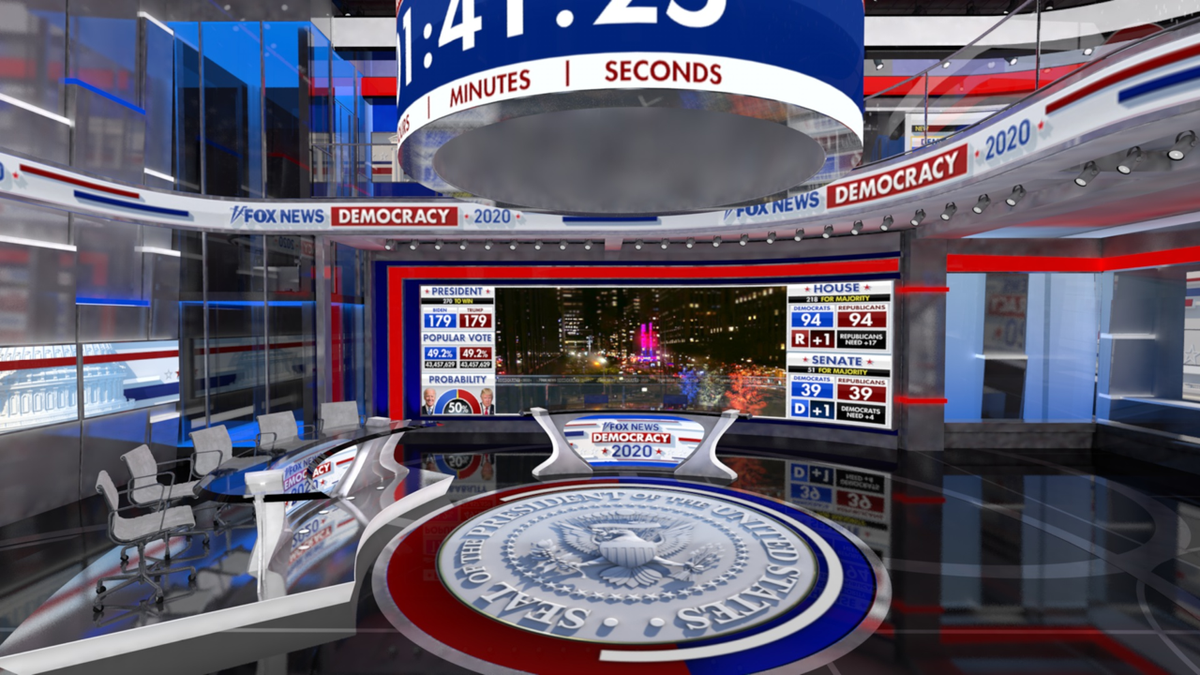 NEW YORK-Fox News Media plans to take it a step further with its Election Day coverage on Nov. 3, previewing immersive 3D graphics and enhanced studio technology designed to provide linear and digital viewers with comprehensive coverage of the election process.

Fox News Channel’s flagship broadcast space, Studio F, is home to Brett Baier’s “Special Report” and Martha MacCallum’s “The Story,” both of which will use 3D graphics and real-time visual effects to create a digitally constructed White House as the backdrop for the set to showcase information on various races and other developments from FNC’s live coverage.

Charts have also been created to visually break down the House and Senate races, including the “Balance of Power” and “Net Gain” indicators which will illustrate the rotations of seats held by Democrats and Republicans. The network’s presidential race scorecard, national popular vote, and electoral vote count will be visually represented on Studio F’s virtual set and special effects technology. The studios video chandelier, which includes 528 square feet of high-resolution graphics around its 14-foot diameter, will work in tandem with the space’s video floor to display digital effects showcasing election information and graphics.

Fox News Digital’s coverage will complement the network’s linear coverage. There will be user tools that offer a state-by-state visual representation of voting, giving users the ability to zoom in on maps or search for specific data on current or past races. A “watchface” page will be available to track the predictability and likelihood of presidential, Senate and House races. The website will also provide a pop-up video player option allowing users to continue watching the channel while browsing the site. Customization features to track specific races and a real-time ticker at the bottom of the screen will also be available.

On the Fox News mobile app, real-time data and developments will be provided for breaking news, results and election information. Users can also follow live update pages throughout the day as races are called and feedback arrives.

In the News: NEWSical streams the musical fund for the benefit of actors, musicians launch initiative to develop BIPOC pipeline