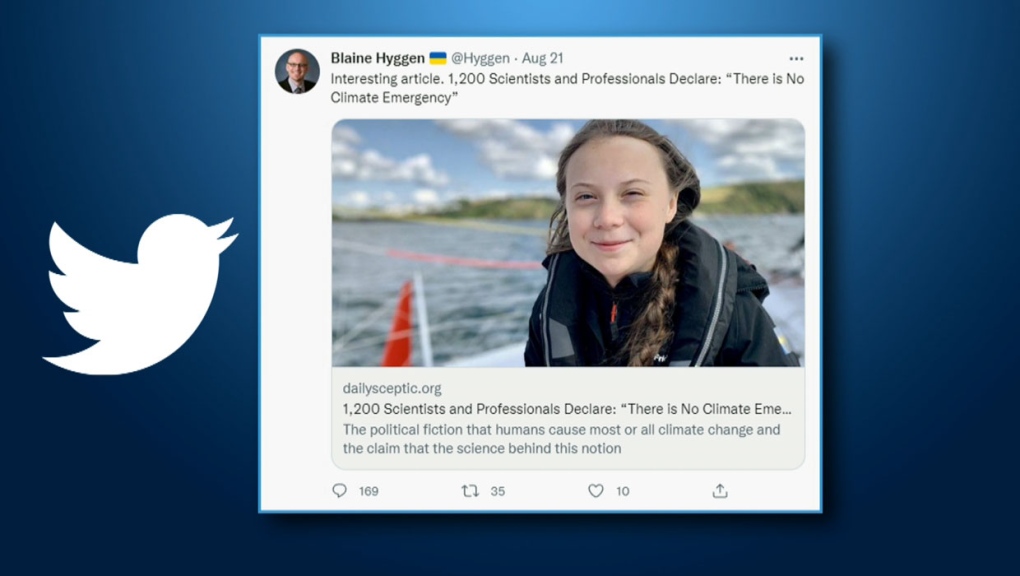 Critics are mounting pressure on the mayor of Lethbridge who republished a story written by an organization known to spread lies about climate change.

His comment drew widespread criticism, saying he should spend more time focusing on other issues like homelessness. Others simply told Hyggen to “do better.”

He was unavailable to provide an on-camera comment with CTV News, but Hyggen released a statement saying his sharing of the article does not reflect his beliefs about climate change.

“We see climate change in our lives every day – from wildfires to floods,” he said in the statement.

“It’s pretty hard to miss, even here in southern Alberta.”

Hyggen says he’s “proud” to be part of a community that discusses important issues.

A social media expert CTV News spoke to said everyone, especially elected officials, needs to watch what they say and share online.

“What we consistently find in research on misinformation is that these disposable tweets from influential people actually go further into the network – they actually spread further,” said Jean-Christophe Boucher of the U of C School of Public Policy.

“Influential people are trusted interlocutors. So people say, ‘If the mayor says that, it might be true. I’m going to share that’.”

While officials say the tweet has since been deleted, CTV News discovered Wednesday afternoon that was not the case.

DailySceptic.org has previously been found guilty of spreading false information and misinformation on a variety of topics, including climate change and COVID-19.