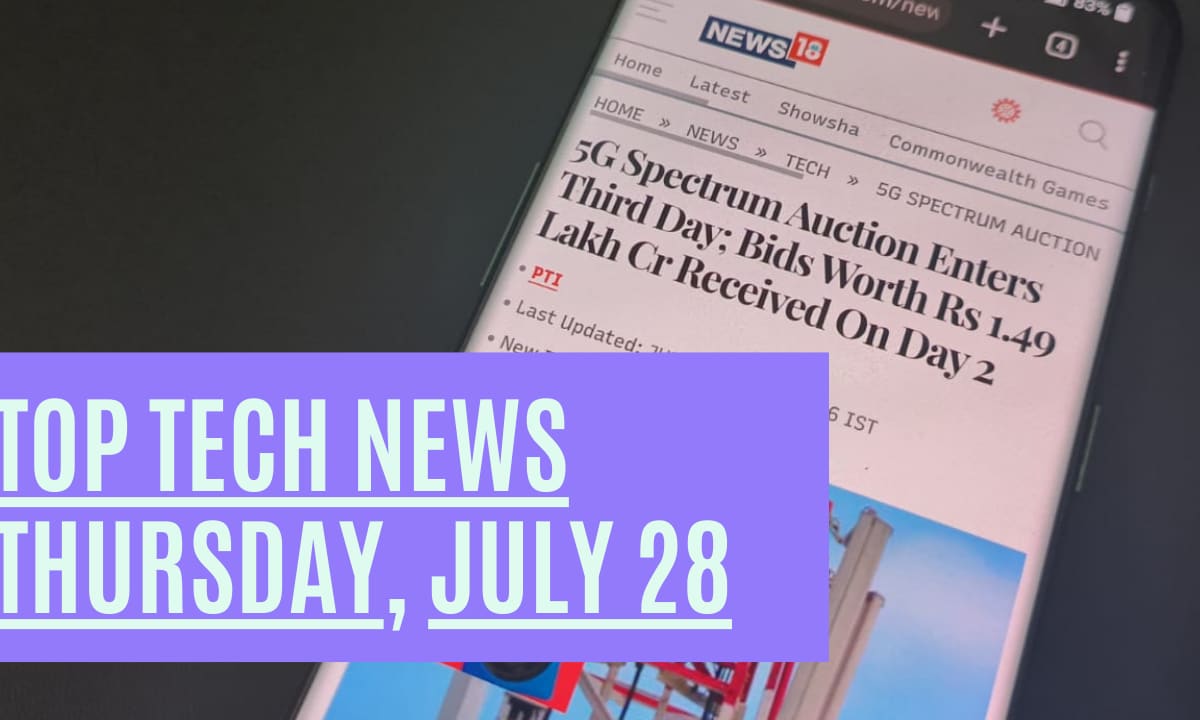 Delay in the launch of the Apple Store in India; 5G auction See offers of Rs 1.49 Lakh Crore and more

Apple fans in India will still have to wait to see the country’s first Apple Store as the 5G spectrum auction attracted bids worth Rs 1.49 lakh crore on Day 2. These and more on the top tech news of the day.

India’s first 5G auction on Wednesday received bids worth Rs 1.49 lakh crore on the second day as aggressive cross-party bidding by players like Reliance Jio and Bharti Airtel pushed the sale on the third day. No fewer than five tenders were held on Wednesday for 5G spectrum, capable of delivering lag-free connectivity and super-fast internet.

Telecoms Minister Ashwini Vaishnaw said “good competition” was seen in almost all the bands on offer. Vaishnaw welcomed the response received for the 700 MHz band, which found no takers in the last two auctions held in 2016 and 2021. The coveted and expensive 700 MHz band is important for remote area coverage .

Future Nokia phones will not come with the Zeiss branding as they have for over five years. HMD Global, the company that makes Nokia-branded phones, has confirmed the end of its partnership with Zeiss optics. In fact, the relationship between the two brands ended in 2021, but the company has now officially confirmed the news after NokiaMob noticed that the brand had been removed from Zeiss’ website.

When the partnership ended in 2021, HMD Global’s last phone that included the brand was the Nokia XR20. There’s no official reason why the Zeiss partnership won’t continue, so it’s unclear if this was a mutual decision between the two brands.

The launch of the Apple Store in India is again delayed

Apple’s first flagship store in India has been pushed for a second time, according to a report from ET office.

The reasons for the delay have been attributed to the pandemic. Due to the pandemic, the store faced many challenges. There was a problem with the acquisition of interior furnishing supplies and more.

The first flagship Apple Store in India was soon to open in the Jio World Drive, a high-end mall owned by Reliance Industries Limited (RIL). This store will be one of the most famous in the world once it starts. Apple wants a flagship store in Mumbai, India to start with, to show Indian customers the kind of experience they get when buying an Apple product through an Apple Store.