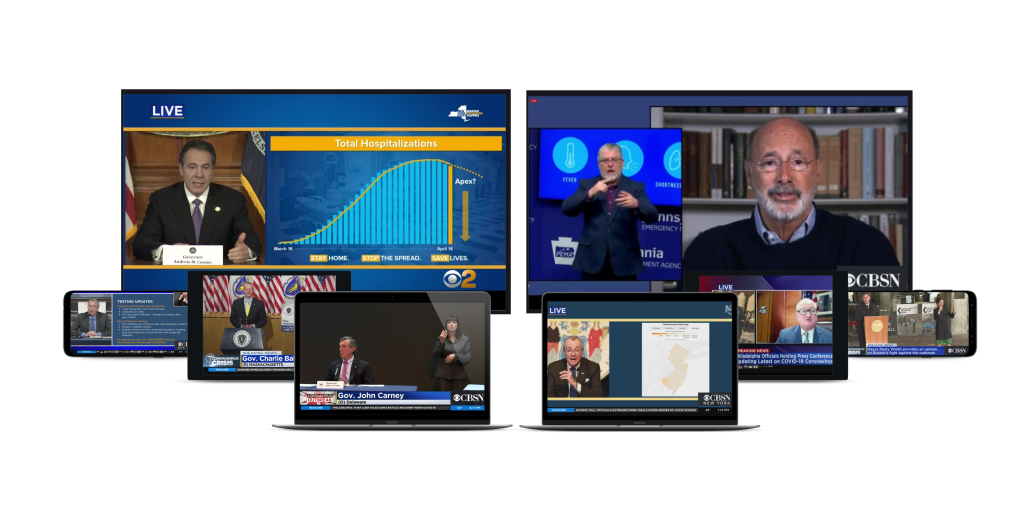 Chicago is the next step in ViacomCBS’ streaming news plans.

The media company today launches a Chicago-focused edition of CBSN, its streaming video news operation, marking the ninth local version of the service. ViacomCBS owns Chicago’s WBBM, and the company has developed a series of locally-based streaming news outlets in markets where it has stations.

Local news is essential as the country grapples with the coronavirus pandemic, says Adam Wiener, executive vice president and general manager of CBS Local Digital, in an interview “We need to provide local audiences with 24-hour access and 7 days a week,” he says. “We already do that on our websites and with local CBSN feeds, and we do that now with the video product.”

CBS launched CBSN in 2014, with the goal of injecting CBS News into places where young news enthusiasts go to get their news. Since then, the company has also rolled out local versions of the service that transform station newsrooms in New York, Los Angeles, Pittsburgh and elsewhere into operations with a broader reach.

Christy Tanner, executive vice president and general manager of CBS News Digital, said her unit has worked to ensure local and national audiences can have access to “dozens and dozens of governors and mayors, officials national and international health events and press conferences”.

The Chicago service is being launched after CBSN staff faced serious logistical issues over the past few weeks. With CBS News’ flagship operation closed due to concerns over the coronavirus pandemic, local stations have taken on the task of providing reports for CBSN’s national feed.

“We had Zoom calls several times a day to coordinate what people were seeing on the national feed,” says Tanner. “Sometimes you would see ‘CBS This Morning’ at the same time you would normally see it on CBS. Other times you would see a local anchor from Boston, San Francisco or Los Angeles doing, essentially, a national version of the news.

In the end, she says, “we never went in the dark.”

Executives hope CBSN services will gain visibility in this cycle of extreme news. Tanner notes that Amazon Prime has started offering CBSN outside of a paywall. And local CBSN feeds are not limited to the geographic region in which they are based.

Other local streams are on the way. Wiener says there are plans to set up local CBSN feeds for stations serving Dallas/Fort Worth, Sacramento, Miami and Baltimore.