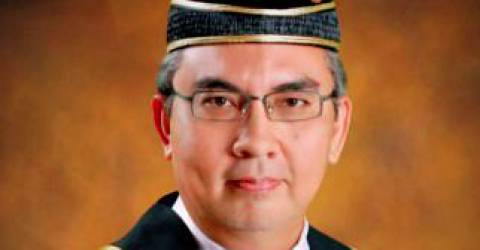 PUTRAJAYA: Judge of the Court of Appeal Datuk Mohd Nazlan Mohd Ghazali (picture) filed a police report following an article published by a news portal alleging that he had been investigated for money transferred to his bank account.

According to a statement from the Office of the Chief Registrar of the Federal Court, the police report was compiled so that an investigation could be conducted under section 233 of the Communications and Multimedia Act 1998, the 500 of the Penal Code and other provisions of relevant laws.

The statement also said that the article was published by the Malaysia Today portal under the title “Judge Mohd Nazlan under investigation for an unexplained amount of RM 1 million in his bank account” dated April 20. (yesterday).

The office is concerned and takes these allegations and comments seriously and reminds members of the public that the charge against the judiciary to disrupt cases in the course of trial is a violation of the principle of sub judice.

The case is at the appeal stage in the Federal Court after the Court of Appeal upheld the High Court verdict and dismissed the former prime minister’s appeal. — Bernama