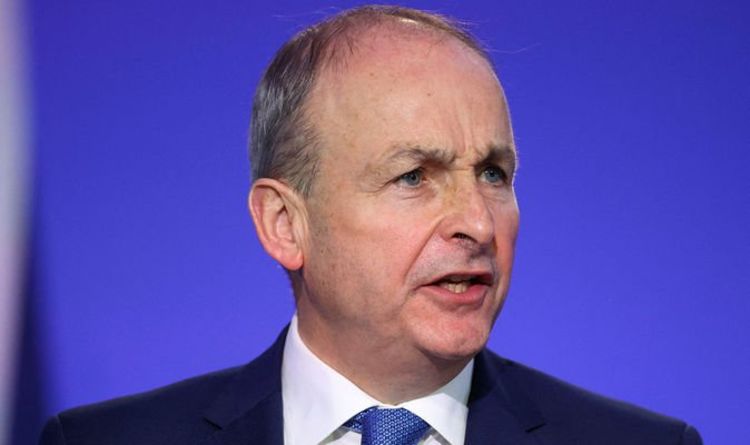 Irish Taoiseach Micheál Martin is “frightened” by the British threat to trigger Article 16 of the Northern Ireland Protocol. It was reported by Irish RTE News and the Daily Telegraph that Boris Johnson would trigger Article 16 as soon as COP26 ended. Article 16 allows for the unilateral suspension of certain parts of the Protocol if they cause serious difficulties.

He suggested that Mr Martin’s fragile coalition in the Republic of Ireland could crumble if Boris Johnson follows through on his threat.

“But if you look at Michael Martin’s body language, he seems to be pretty scared of it.”

JUST IN: Brexit LIVE: Boris to go nuclear as full Cabinet is assembled

He continued: “If Article 16 is triggered, he knows he is running a very unstable coalition government.

“It could trigger a government collapse and new elections. Sinn Fein is still the largest party in the Republic of Ireland.”

“Once COP26 is over, there are strong expectations that London will act.

On Wednesday, the Taoiseach Martin warned that any move to trigger Article 16 of the Northern Ireland Protocol would be “irresponsible, reckless and reckless”.

He said Article 16 was “a lot on the table and has been since July”.

Mr Sefcovic warned there would be “grave consequences” if the UK were to trigger Article 16.