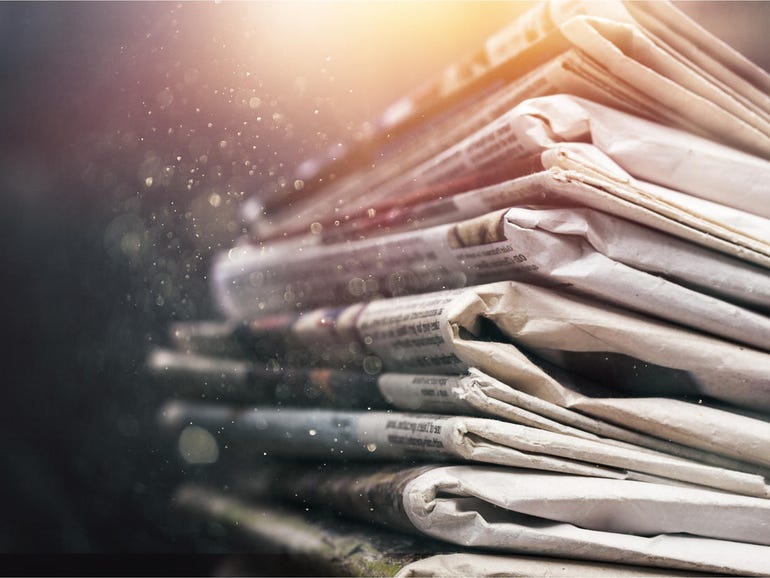 Australia’s news media trading code is a form of ransomware, and someone paid

We have to do something. It’s something. Therefore, we have to do it. This is the logic that led to Australia’s wonderfully bizarre news media trading code.

Let’s take a step back. There was indeed a problem, a problem that dates back over a quarter of a century. The Internet has changed everything. But it was really just a problem for the information companies that failed to adapt.

News is expensive to make. That’s why for most of the 20th century, business information operations associated it with advertising, which was the main source of revenue, and cheap filler content.

The public got the whole package in one piece, whether on the dead trees they paid for to cut and distribute, or via radio or television.

But the Internet has unbundled everything.

The advertising has also moved to places like Facebook, which has personally relevant content that people give them for free, or Google, which provides a whole bunch of useful services.

Turns out there are fewer people out there who just want quality news than the big old newspaper factories thought. The data finally showed them how few people read stories beyond the title. Most of these people are unwilling to pay for all the news content when they only want a few items.

Profits quickly plummeted. Journalists have been fired. News has gotten cheaper, but not in a good way.

Meanwhile, most people are happy to read any news snippets they see on Facebook or Google, or even just the headline. Tech giants get advertising revenue from it, but news factories don’t get anything unless people click on them.

So, like I said, there is a problem, but only for old press factories.

The News Media Trading Code at a Glance

The problem, according to the Australian Competition and Consumer Commission (ACCC), is an imbalance of power. Australia’s poor small news companies cannot negotiate fairly with the big global tech companies.

They’re right. Nine Entertainment, which includes the Nine Network TV stations, a radio network and all newspapers previously owned by Fairfax, has a market capitalization of approximately AU $ 5 billion. Facebook has more than 15 times that amount lying around in cash.

The fix ended up being the Amendment to Treasury Laws (Compulsory Trading Code for Media and Digital Platforms) Bill 2021, which was passed by Parliament on February 25 and became law on March 2. As part of legislative drafting, this is a mess.

The intent of the code, however, is simple: “Hello, great platform, I’m an information company. You use my content, so let’s make a deal.” The weirdness comes when you look at the details.

First, a newspaper company must Register now with the Australian Communications and Media Authority (ACMA). But not all news companies can register.

The company must produce ‘core news content’, which is defined as’ content that reports, investigates or explains (a) issues or events that are relevant to engage Australians in public debate and to inform democratic decision making; or (b) current issues or events of public importance to Australians at the local, regional or national level “.

News companies that are only about sports, entertainment, or anything else cannot play. However, if the company produces basic news content, its sports and entertainment stories are part of the deal.

A solo investigative journalist also cannot perform, no matter how important their job is.

News must also meet certain professional standards, but that’s not a bad thing.

Once the information company is registered with ACMA, it can then require any “designated digital platform service” that “makes [its] content available]”make a deal under the code.

If the platform and the news industry can’t come to an agreement, then there’s a whole arbitration process that’s handled by ACCC.

As part of the deal, the platform is to share audience data with the news industry. It must also give 14 days’ notice of any change in the ranking algorithm, unless the change “relates to a matter of urgent public interest”.

Of course, a platform can avoid being nominated and avoid this whole process, making some acceptable deals with news companies in the first place.

Google, for example, already has signed deals with over 70 Australian titles as part of its Google News storefront.

So who’s the bad guy here?

It’s easy to portray Facebook as the enemy, at least if you’re a reporter in one of the old media factories. They “steal” content, apparently. Additionally, the great tyrant blocked Australian news to show their strength, causing a massive drop in traffic to Australian news sites.

It’s also easy to portray legacy media factories as enemies. They complain about free referral traffic earning them income and ask the government to organize money for them because their business is not doing very well.

The biggest news companies literally held Facebook and Google a ransom, demanding money or removing their content and then – well, Facebook called it a bluff. Maybe this one wasn’t such a good ransom attempt.

So everyone is the bad guy.

But also, everyone wins. Except you and me.

News companies get money, although they don’t really have to spend it on more or better journalism. The platforms can fix the problem for a while without too much cost. The government boasts of putting Australians in the driver’s seat.

Except you and me, of course. There is no victory for us.

Money is transferred from one massive type of business to another, and our user data is shared more widely, with no guarantees that any of this will lead to more or better journalism.

MORE ABOUT THE CODE