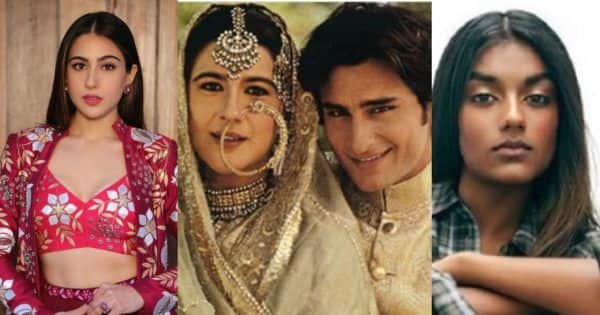 Have you imagined how boring life would be without entertainment? Wouldn’t that be pretty scary? We are happy to have the entertainment world. There are constant updates and it hardly gets boring. So it was another eventful day in the entertainment world. As the day draws to a close, we’re here to keep you up to date with today’s OTT news. Sara Ali Khan, Bridgerton Season 2, Ranveer Singh, Roshni Kapoor and more are among our OTT news of the day. So read on to find out more about our OTT newsmakers today. Also Read – Missed Antim, Pushpa, Eternals, and Other Movies in Theaters? You can watch them now on these OTT platforms

Sara Ali Khan makes her parents cry
Akshay Kumar, Dhanush and Sara Ali Khan star Atrangi Re recently released on OTT. In an interview with India Today, Sara was asked about her harshest critic at home. She said Atrangi Re is not a good movie to pose the question because they (Saif Ali Khan and Amrita Singh) have both been very nice. She added that her mother is very emotional and always will be while her father is a very strong and sophisticated gentleman. “But I know I made mommy and daddy cry. It’s strange to feel that sense of accomplishment that your parents are proud of you,” Sara said. Also Read – Alia Bhatt, Anushka Sharma & More: 5 Bollywood Divas Who Are Lucky To Have Awesome Photographic Partners

83 to be released on OTT?
Ranveer Singh starrer 83 recently had a theatrical release and received very positive reviews. Now, the creators of the film have yet to announce their OTT release plans. The film did well at the box office. Also Read – OTT Trends Today: Allu Arjun’s Pushpa Sold To OTT For THIS Amount, Kaun Banegi Shikharwati Released on ZEE5 and More

Bridgerton Season 2 gets a broadcast date
Brdgerton was a hit and Netflix and Shondaland have now announced Season 2 of the popular web series set during the Regency era in England. Its premiere is scheduled for March 25, 2022.

I am offered more interesting work on OTT than in movies, says Naseeruddin Shah
Veteran actor Naseeruddin Shah, who is gearing up for his upcoming web series titled “Kaun Banega Shikharwati,” says he’s receiving more interesting role offers on OTT platforms than in movies. Naseer said: “I am offered a much more interesting job on OTT than in the movies, but since things opened up I have made cameos in several movies made by friends. Anyway, these days- these are either the Rs 5,000 crore monsters or the very small movies being filmed in Mumbai and I don’t fit into the former but I have done several of these which are probably intended to have a very large audience. limited if they ever see the light of day (the story of my life!). “

Roshni Kapoor opens up about her pandemic filming experience for The Rage – Over Injustice
Roshni Kapoor’s debut film The Rage – Over Injustice, which premiered at the Cannes Film Festival, is now set to release on OTT. Roshni who plays an NRI girl in the film is happy with the development. The story revolves around her determination to tackle the unfair circumstances that befall her friends and herself as she seeks to uplift and empower the LGBT community. “The film was shot in Goa, Pune and Dubai. The filming experience was wonderful. As we shot in April when the Covid situation was not favorable, we went to an island in Goa . We used to haul food and used to only have about six hours for the shoot, as the island was surrounded by minions and smugglers. “So after 8pm we were gone. not allowed to stay there. There was no network coverage there. We faced several challenges including my severe knee injury, insect and mosquito bites, heatstroke, skin burns, etc., but we finished the movie as we wanted, ” she shares.

Squid Game season 2 and 3 in the works, Sudhanshu Rai’s Detective Boomrah to release in January and more