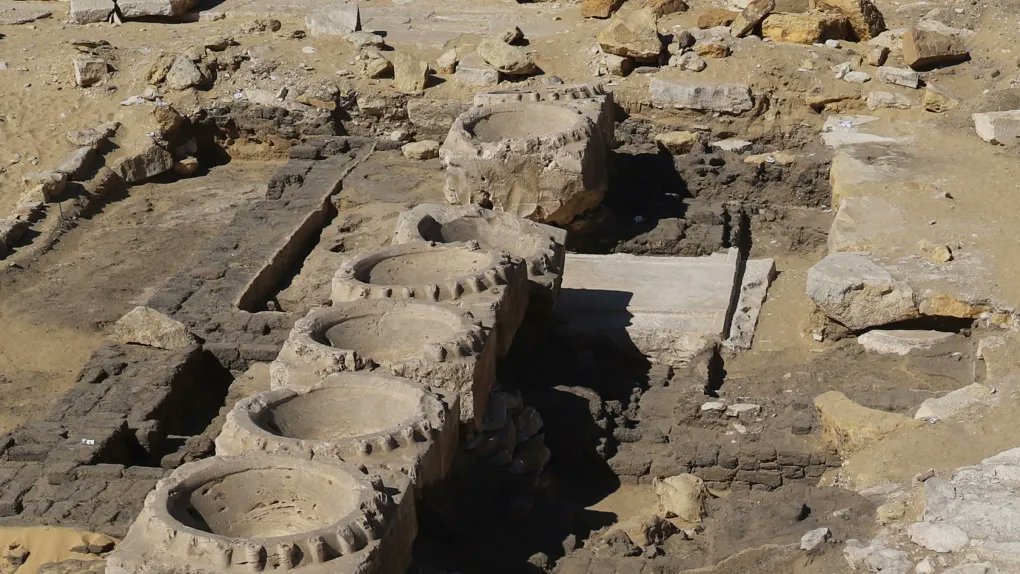 Egyptian archaeologists discovered thousands of old structures – and even entire cities. However, finding the six Sun Temples built by the Fifth Dynasty pharaohs has proved elusive. Only two had been found until recently, and the last was earthen 50 years ago.

On November 16, 2021, Dr. Massimiliano Nuzzolo, assistant professor of Egyptology at the Polish Academy of Sciences, revealed the discovery of a third “lost” solar temple in Abu Ghurab, about 20 km south of Cairo. Unlike the sun temples found previously, which were built of stone, this one was made using mud bricks. He was buried under the Sun Temple of Nyuserra, discovered by scientists in 1898. Nyuserra, who ruled from 2400 to 2370 BCE, was the sixth pharaoh of the Fifth Dynasty.

Although the recent discovery is structurally similar at Nyuserra Sun Temple, Dr. Nuzzolo does not believe it was built by the pharaoh. The expert says that the Egyptian pharaohs did not rebuild their mud buildings with stone. Moreover, the artifacts found inside, which include beer pots filled with ritual mud, dates from the mid-25th century BCE – a generation or two before Nyuserra time.

19th century archaeologists search only a very small part of this mud-brick building under the stone temple of Nyuserra and concluded that it was a previous construction phase of the same temple,” Nuzzolo said. CNN in an email. “Now our finds to prove that it was a completely different building, erected before Nyuserra.”

While Dr Nuzzolo and his team are confident the mud structure is a sun temple, they don’t know the pharaoh behind it. Scientists believe further excavations will help reveal the king identity. They also hope that the artifacts will provide knowledge in the old civilization and his customs.

Archaeologists believe the mud bricks may also explain why the Sun Temples, all believed to be around Abu Ghurab, have been so hard to find. “This [the use of mud bricks] may have facilitated their disappearance during the centuries, as happened for several other ancient Egyptians the monuments built with the same perishable material,” explains Dr. Nuzzolo. “Furthermore, mud brick construction can be easily demolished and buried under other constructions, as probably happened in our case.”

Dedicated to the sun god Ra – the most powerful of ancient Egypt deity — the temples of the sun were unique in the V Dynasty. Dr. Nuzzolo believes that their primary the goal was for the pharaoh to raise his status to God by claiming to be the only son of Ra. “Indirectly, so, the main goal of the temple was to be the place of the deification of the living king”, he explains.