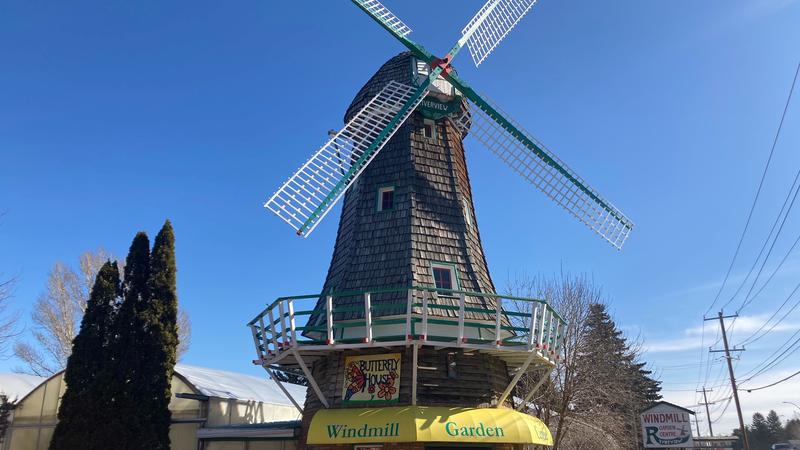 The iconic windmill that dominates the entrance to the garden center was built by the brothers and some staff at the time. For the public, the windmill serves as an eye-catcher and transportation entrance to the garden center, but for the brothers it was a monument to their heritage. Construction of the windmill began in 1993 and was completed over a year. “We’re of Dutch descent,” Art explained, “so where we’re from in Holland, there were always windmills around.” There are times when he looks at the windmill and can’t believe they built it themselves.

The Butterfly House is a recent addition to the Windmill Garden Centre, having opened in 2012. It will reopen on April 20.and of this year and celebrates its 10and birthday! It started as a dream of Johannes, who visited butterfly houses in Key West and fell in love with the idea. He convinced Art and with their staff they built the Butterfly House as you know it today. Even the waterfall and the small stream running through the building were built by them. Art described it as “a dream, and that’s kind of his [Johannes’] heritage.”

Art has been at the Windmill Garden Center for 43 years. Corinne, garden center manager, has been with the company for 38 years. Amy, Art’s daughter, joined 2 years ago and will hopefully continue the center’s legacy.

The Windmill Garden Center is family run and is truly a labor of love and a monument to memory.

Thank you for your nominations and thank you to the Windmill Garden Center for helping us amplify Medicine Hat. If you would like to nominate a business that has made a difference in our community, click here and tell us how it amplifies Medicine Hat!