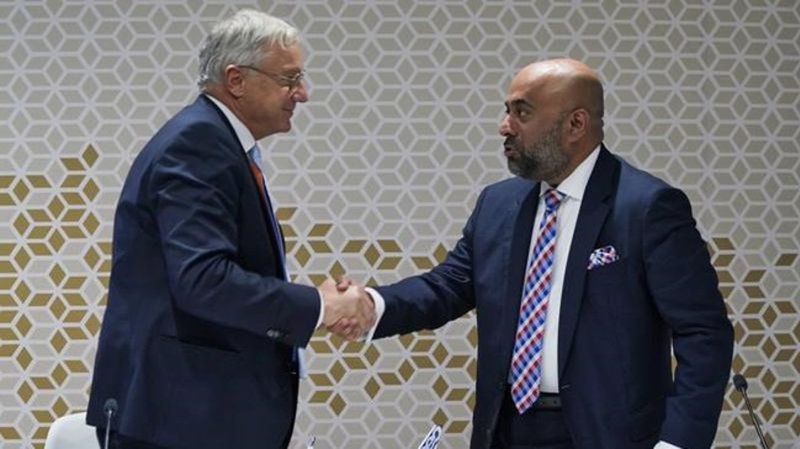 Kuwait-based Jazeera Airways, a new low-cost Middle Eastern carrier, was launched in 2004 as one of the premier non-government airlines in the Persian Gulf, while demand and competition for low-cost travel prices were intensifying in the region.

Dubai’s frenetic show is seeing a flood of order and product announcements. In the first two days, Airbus also achieved successful sales, selling 111 new planes to Air Lease Corporation and 255 new planes to various low-cost carriers of Indigo Partners – a deal valued at some $ 30 billion, on the basis of the pre-pandemic price list. .

The purchases signaled that airline executives see the ravaged industry recovering from the coronavirus pandemic, with demand for travel set to rise sharply in the years to come. Not so long ago, airlines called for government bailouts as the virus closed borders and ground planes.

The show typically pits France-based Airbus and US rival Boeing, the two manufacturers at the top of the supply chain, against each other in the crucial Middle East market filled with long-haul carriers connecting East and West. Boeing has yet to announce a large order at the show.

Long-haul carrier Emirates has meanwhile announced that at the end of next year it will begin modernizing 105 of its wide-body aircraft, including the Boeing 777 and superjumbo A380, with a new paneled comfortable cabin class. called Premium Economy, which offers much more space than a coach but at a lower rate than business class.